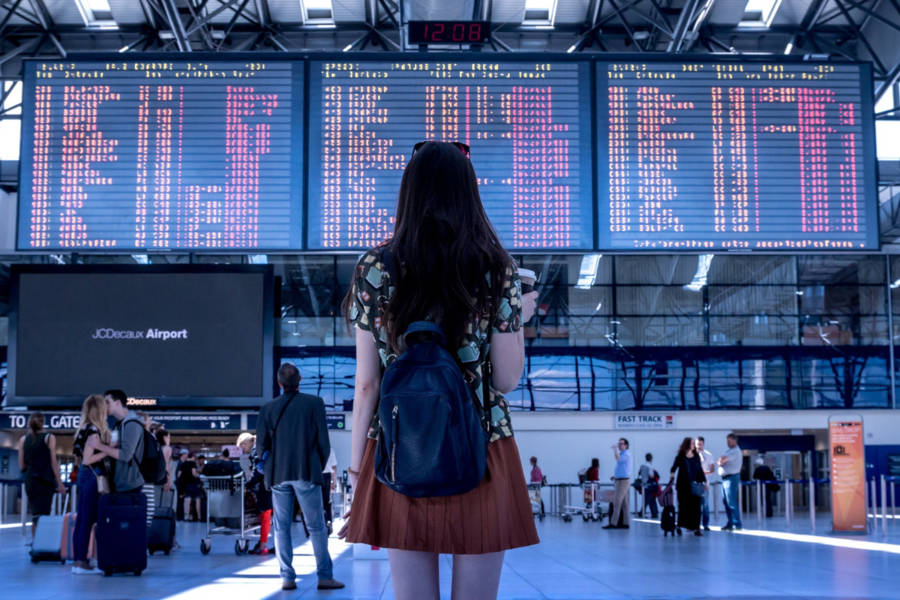 Japan has four main international gateways to access the country - Narita, Haneda, Kansai and Fukuoka airports. The busiest of them all is Narita: this airport located 70 km away from the megalopolis center hosts over 40 million passengers by year. A huge amount of them are foreign visitors who do not speak the local language and the number of overseas tourists is expected to reach a record-breaking cipher for the Tokyo Olympics 2020 as the Government is aiming to attract 60 million tourists to the country.

However, such an ambitious objective involves also big challenges. Japan has been fighting against a deep labor shortage for a long time. The crisis affects a huge number of fields - including tourism and hospitality, two of the basic pillars of the Japanese economy. Due to the actual situation, it is becoming more difficult to find staff to fill the open vacancies and it is expected that this situation gets worse as the Olympic Games approach slow but steady.

Japanese airports are running low on personnel able to supply inbound guests with the proper guidance in a foreign language, therefore they are looking for talent with high educational background and exceptional communication skills. The Ministry of Land, Infrastructure, Transport and Tourism is aware of this situation, and the Government is now considering to extend the new visa regulations to include staff working in airports nationwide. The creation of a specific visa status that encloses specific jobs related to airports also lays in the table.

As from July, Narita Airport hired three employees from Fiji Island in order to attend foreign passengers. The authorities also employed around 10 people from China, South Korea, and Sri Lanka in order to conduct and speed up safety inspections, since the lack of language skills of the Japanese staff slow down this task. The rise of foreign workers at Narita Airport is not only a consequence of the labor shortage but also reflects Japanese workers are turned off by the hard work and long hours those jobs usually imply.

One of the most urgent dares Japan has to take care of is to provide the adequate assistance to foreign visitors, not only in the gateways to access the country but during their whole stay in Japan. In order to achieve that goal, the Government should do its best effort to increase its attractiveness towards foreign talent and open widely its doors to migrant workers to tackle the labor shortage.

We have wide range of job offers waiting for you! Register on IZANAU and fly your way to Japan!