Sexual crimes against foreigners in Japan – Part I

When the system fails you, and how

As a foreigner in Japan with a limited grasp of Japanese and differing social norms, logic would still prevail that should you find yourself the target of a sexual crime, the law will protect you. The first of a two-part guide, this article highlights the reality of inadequate laws and their ill-equipped enforcers on the ground. Both suit a system crippled by normalized gender inequality and compounded by xenophobia.

‘I am Catherine Jane’

In 2002, Australian – Catherine Jane Fisher, was raped by US military serviceman, Bloke Deans, off the navy base in Yokosuka, Kanagawa Prefecture. Her ordeal was greatly aggravated by an incompetent, prejudiced and dismissive Japanese police that resulted in what is known as ‘secondary victimization’.

Secondary victimization could include (and isn’t limited to) the following:

Japanese police’s incompetence led to a 12-year-long pursuit of justice that Fisher sought out independently, before her rapist was convicted. Then too, till date, he has faced no criminal prosecution.

Deans also remains protected by Article 16 of ‘SOFA’ – the US-Japan Status of Forces Agreement, enforced in 1960. It requires US servicemen to ‘respect’ the laws of Japan but doesn’t specify the need to ‘obey’ them. For this reason, local authorities had rejected Fisher’s appeal to locate Deans overseas.

16 years later, Fisher ploughs on with her efforts to amend the law by changing one word – ‘respect’, to ‘obey’. One word in the law, which could have served justice more swiftly.

One word, which could have held Deans accountable across borders.

One word, which, with its inescapable clarity, could have sent as clear a message about the certainty of punishment.

And perhaps in doing so, the law could have risen as a preventive measure than remain a redress and an inadequate one at that.

The plague of slow progress, to vague laws, with no punitive measures

Here’s the crux: even if Article 16 dictates obedience to Japanese law, what kind of law is it referencing? If local laws are just and effective in their sanction of sexual crimes, sure! Obey away! However, even with recent reforms to Japan’s rape law, legislature against sexual crimes in Japan is frustratingly vague and has no clear platform of its own that would combat the problem head-on.

Rather, the laws are embedded in a wider context of power abuse known as パワーハラ (‘pawa hara’). Furthermore, when sexual harassment or セクハラ (‘seku hara’) hasn’t even been clearly recognized as a crime, what law does one obey when there isn’t a law to begin with?

Revisions to extant laws are also painfully slow to come by, as Fisher’s 16-year-long (and counting) battle clearly reflects. Another example: the

– had filed a lawsuit to challenge its legality. Even so, penalty for employers only extends to publicizing the company’s name and offers no allowance for fines or punitive damages.

Almost a quarter of the convictions made between

Sexual crimes affect and involve Japanese and foreigners alike. Foreign women in particular, are equally if not more prone to being sexually offended by either a Japanese person or another foreigner. And they have at least three additional strikes (if not more) against them that would heighten their reservations to report the crime.

First, there’s the language barrier that would further affect one’s confidence level in being able to effectively communicate their case, on top of the trauma of having suffered a sexual attack.

Second, there’s the relative lack of awareness regarding accessible options and how to go about the right protocol in a host country.

And third, there’s the unavoidably ‘foreign’ appearance that would meet its unfortunate match in the prejudiced mindset of ‘Westernized behaviour’, i.e. one that alienates the notion of sexual harassment as equally ‘foreign’, and capable of afflicting only the risqué foreigner. Why, it’s even reflected in the anglicized nature of セクハラ (‘seku hara’)!

But Fisher’s case as a foreigner isn’t unique. Almost a quarter of the convictions made between 1972 and 2015 that involved the US base in Okinawa, were rapes – of both foreign and Japanese women. There is no question that the US military has long fallen into disrepute for the rotten actions of its members. The issue here however, is the lack of timely and adequate action of a zero-tolerance attitude that holds Japanese law equally complicit in the recurrence of such horror on its soil.

Why is this so?

The gap in Japan’s legislature against sexual crime is rooted in the normalcy of convention that bows in female servitude to male entitlement. Fisher’s case comes on the heels of hundreds before her and scores follow after – again, both Japanese and foreign. In fact, Fisher’s remarkable resilience in fighting for both her rights and others’ has placed Japan’s abysmal track record under sustained international scrutiny and led to the publication of guidelines that includes support for victims of sex crimes. It isn’t clear though, who this publication is intended for, or how it is being implemented, if at all.

Stories from the ground suggest that in spite of such measures, police treatment of individuals who report their sexual crimes continues to be incompetent, both in their manner of questioning and management in general. It is equally worrying that the entities involved, such as the cops and employer, and in cases concerning foreigners, the embassy, appear to be working in silos. Their disparate manner reveals a glaring lack of standardized protocol that could improve efficiency and professionalism. It could also provide reassurance to the victim that all parties are capable and synced in their course of action. Employers would learn how to effectively handle a case that involves their employee(s) as either the offender or victim, or both.

Training Japanese employers as a start is crucial to stepping up action against sexual crimes because the appalling truth is such: far and wide beyond the American base, sexual harassment such as taunting, leering or stalking, as well as physical forms of sexual assault that range from intimidation to injury, and rape, are disturbingly common in workplaces across Japan and in Japanese society at large.

The Japan Exchange and Teaching (JET) Programme, which annually recruits thousands of foreigners to work in public schools across Japan, has a closed Facebook group restricted to female participants. The group provides a safe and accessible platform for the women to share their concerns and also serves as a resource for support. There is a disturbing regularity with which posts appear about sexual harassment incidents, mainly by either Japanese male colleagues or foreign male JETs.

Most of these complaints start out and end as a sharing on the page; some return with updates after unsuccessful attempts at reporting their case to supervisors or upper management at their schools; and, only a few go forward with lodging an official report with the Board of Education and/or the police, and thereafter take the unnerving step to publicize their case in the media. 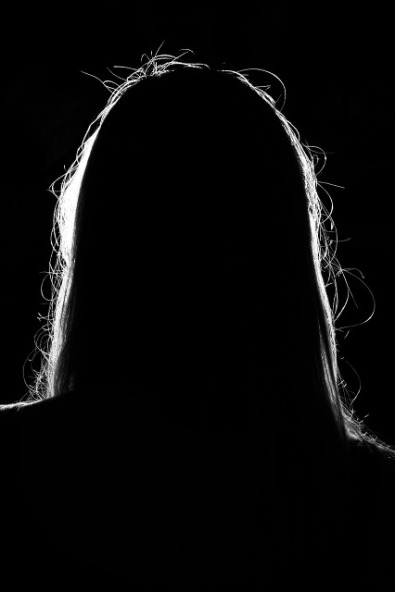 The shame and stigma associated with sexual crimes – not at all unique to Japan – explain the silence of Japanese women to a large extent. Lack of experienced law enforcement and women-bashing by powerful figures in Japanese society don’t set a comforting precedent either. While actual counts vary across media releases, the one constant remains that rates of reporting sexual crimes in Japan are alarmingly low.

But why do so few foreign women report their cases?

Report and you risk ‘breaking the harmony’

Because as a foreigner, you already face the challenge of distinction upon arrival. In the struggle to fit in and yet somehow hold on to your sense of self, there resides the very real fear of ‘stirring up trouble’ that would ‘break with the harmony’ of the workplace, or society in general.

Social harmony in Japan is a highly controlled and prized possession. It involves a precarious balancing act. Patriarchy governs the base unencumbered even while on its polished head, the economy bemoans a tragic loss of potential growth with a laggy women workforce.

Yet ironically, with Prime Minister Shinzo Abe’s ‘Womenomics’ to the rescue, all that has become abundantly clear is the persisting and burdensome dual-role ideology that stubbornly safeguards the women’s primary role as caregiver and homemaker. If one strips away the improved employment rates to understand their lamentable nature, women’s contribution to the economy is found to be largely irregular, part-time and capped at a menial level. There has been no parallel shift in mentality that would reconfigure gender roles in Japanese society.

If it is indeed so that laws against sexual crimes in Japan are but a reflection of its social norms and values, there is much to be done at a fundamental level before enduring change in both attitude and law can take root. Recent outrage at acquittals of sexual offenders and the growing visibility of protests with #WeToo by Japanese women raise hope and suggest that the foreigner ‘causing trouble’ as it were, might just be the rude nudge this country needs to wake up.

For a step by step guide on what to do in the event of a sexual crime please read part two of this series.

The content and direction for this article were greatly informed by the generosity in sharing and courage of Saseboanon – a woman currently in pursuit of justice for her case of sexual assault in Japan. Please read her story and donate to her cause to support her legal fees.