How To Choose A Cellphone Carrier In Japan

Selecting a cellphone provider can be complicated in Japan. Mobile providers like KDDI au, Softbank and DoCoMo all have different plans which can be hard to navigate. Learn the distinguishing features of the different mobile companies 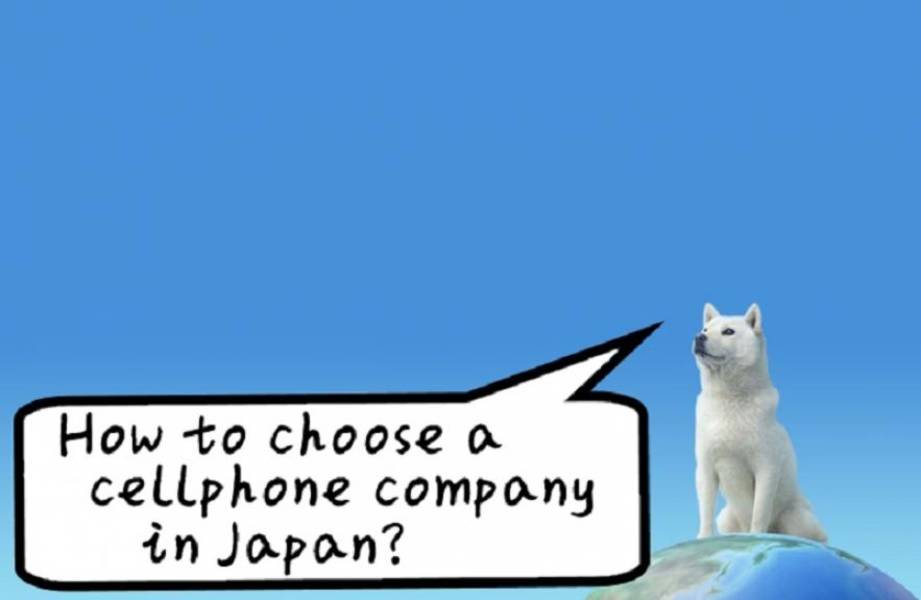 For anyone relocating to Japan, a functioning cell phone is likely to be one of their top priorities – less urgent than housing and opening a bank account. However, finding the right cell phone plan is tricky business, not helped by the fact that Japan plans are so crazily complicated that companies need to introduce simulation just to calculate the prices. So for people who are about to sign their first cell phone contract in Japan, here is a guide to help you select the most appropriate one.

If you need a handset …

For plans which are bundled with a handset, head down to the three major carriers, NTT DoCoMo, Softbank and KDDI au. All three companies offer one-year contracts together with a cell phone for about 7,000 yen a month. Alternatively, you can also pay for the phone upfront and thereafter pay for the monthly contract at a reduced fee.

Do note that the cellphones will usually be “locked” to the phone carrier. Meaning that it is only compatible with sim cards from the phone company you are contracted with. Not only will you be unable to use the cell phone with a foreign phone company, the locking feature also make it quite costly to switch companies within Japan.

If you have an age advantage…

If you have an age advantage, such as being a senior above 55 years old, or a youth below 25 years old, there are usually discounts or bonus offered to your age group.

For example, DoCoMo offers a U25 program for subscribers below 25 years old, which reduces monthly fees by 500 yen, and comes with 1GB of bonus data. KDDI au, on the other hand, has senior and under-18 youth plans for just 4,000 yen a month, which is a deep discount on the normal prices. While Softbank’s U25 student plan is slightly more expensive at 5,000 yen per month, it comes with a bonus of 20 GB of data, and redeemable snack coupons such as ice-cream on Fridays, which you can share with another friend.

If you need to be overseas…

Although all three major carriers support international calls and roaming at a similar price range of 2,000 yen to 3,000 yen per day, there is still a variation in the perks offered by each company to suit different needs.

For frequent flyers with short stopovers, DoCoMo has a one-day overseas package plan, which can be purchased for as little as 980 yen a day with no extra charges. As the service cut off automatically after 24 hours, there are no worries about over-usage.

However, if you foresee yourself leaving Japan for a longer period of time, you might want to safeguard your cellphone contract with AU which offers a temporary suspension program of up to five years. Subscribers can pay an upfront fee of 2,000 yen to temporary halt the contract, and a monthly fee of only 372 yen to keep their line suspended until they return to Japan.

Finally, with regards to the US, Softbank has an extremely attractive offer called the America-Buffet plan (アメリカ放題). In cooperation with Sprint (owned by Softbank), Softbank subscribers making calls, SMS and using data while in the US, can enjoy the same rates as they do in Japan. While this add-on service used to cost 980 yen per month, Softbank is currently running a free sign-up campaign (with no end date at the moment), so head down ASAP if you are interested in this.

If you are on a budget…

In Japan, a limited data-only plan is usually the cheapest, while the unlimited data and call plans are usually the most expensive. Keeping this in mind, most people simply find it more economical to only subscribe to data and resort to using applications like LINE for calls instead. Hence, for the budget conscious, sim-only data plans from smaller carriers such as Umobile and Mineo are recommended. These companies piggyback on the three major carrier’s network while providing more affordable price plans and shorter contracts. For example, Umobile 5GB data plans cost only 1,480 yen which is a fraction of the traditional mobile companies. More importantly, the minimum contract period is 6 months only. Such plans are very attractive for a short-term stay.

But if you still need to make phone calls…

Still, having a phone number is important, especially if one needs to be on call for work. So to balance budget and needs, UQ mobile has introduced one of the most affordable plans on the market. For a 1,980 yen plan, subscribers receive 2 GB of data and a choice between 60 minutes of free call a month or free for the first five minutes of each call. The downside though is that the selection of handsets available is more limited than the three major carriers. So no iPhones.

Because there are so many variations that can be applied to cellphone contracts in Japan, it is helpful to start with a budget and a contract length in mind before heading down to the nearest store. I have friends who found themselves roped into contracts which far exceeded their budget, and have no recourse other than to pay a hefty termination fee. So, always have a vague idea of what you are looking for versus what you are willing to pay for, and this will then help you to select the most appropriate company.

And remember, having a cellphone in Japan is essential to land job interviews!