As the world adopts and implements the Sustainable Development Goals put forth by the United Nations, nations are encouraged to pitch in and help each other for the goals. In 2017 the Ministry of Foreign Affairs in Japan released the Priority Policy for Developmental Cooperation outlining their commitment for overseas support. Key Area 2 is addressing global issues by achieving SDGs and promoting human security. A major subcategory of this is Health, Women and Education. This is a pledge to promote gender equality and women’s empowerment through SDG#5 for gender equality along with comprehensive, fair and quality education SDG #4 both home and abroad.

Japan has truly been making an effort to promote education and gender issues on the international stage. Japan’s long-term development policy document, the ‘Development Cooperation Charter’, lists education as a prerequisite for quality growth, along with healthcare, women’s empowerment, quality water and sanitation, food and nutrition, and lower inequality. In alignment with this, at a recent World Assembly for Women, an international conference held in Tokyo, Prime Minister Abe announced that Japan will support the education of women in developing countries, four million to be exact by 2020. Overseas cooperative partnership and investment of resources like this is important.

All this hype on the world stage leads one to ponder what is Japan doing at home? For that we have to go back a bit.  In 1985 the government passed the Equal Employment Opportunity Law, a shiny little thing with the lofty goal of eliminating discrimination based on gender. For the first time it allowed women the same occupational opportunities as men; a respectable theory and a great start. Thirty years later at the G-20 Summit in 2014, attending countries pledged to reduce the gender gap by 25% and shortly thereafter the Japanese government announced their Womenomics plan and vowed to create an environment where “all women can shine”. Let’s jump to the present day and see where we are.

Out of 149 nations ranked by the World Economic Forum’s Global Gender Gap Report, Japan placed at 110, which is dead last among the G7...

So how does Japan measure up? Out of 149 nations ranked by the World Economic Forum’s Global Gender Gap Report, Japan placed at 110, which is dead last among the G7, displaying an embarrassingly huge divide for the world’s third largest economy. When it comes to female empowerment, Japan drags it’s heels. Abe’s pledge for 30% women in management in the labor force by 2020 is far from being achieved. In fact the target was amended to a mere 7% female management in government and just 15% in companies.  In the workplace there remains an occupational segregation of sorts. Males are mentored, given leadership roles, and put on the path to promotion, while women more often than not fill clerical roles, are less likely to be mentored, and often in “non-regular” part-time wage positions or dispatched from a temporary agency. These factors make it difficult for women to advance at work in the long term.

In a society where gender roles are rigid and clearly defined, cracking the bamboo ceiling will be a difficult task. Coinciding with the G7 Summit in 2016, the Japanese government pledged to improve access to education for 50,000 female students from 2016-2018. This is in stark contrast to recent news of admissions scandals that have come to light, where female students were denied acceptance to Tokyo Medical University. For over a decade administrators altered exam scores to ensure that a higher percentage of male students were admitted every year. The school claimed they were responding to the wishes of medical facilities that prefer male employees, as they are less likely to quit their jobs after marriage or childbirth. This exposes an even deeper problem of solving the gender issue. It is true that 70% of women leave the workforce after their first child. Many would like to return, but the path back to work lacks childcare and support. The infrastructure is just not there.

It’s not just education where Japan lags behind. Gender based pressures persist in other areas of society. An unmarried female politician was heckled and publicly humiliated for being single and childless. This was ironically during a debate for support for working women. In recent news a pop star publicly apologized for “causing a commotion” after speaking out on being the victim of an attack after her attackers were released without being charged. According to government figures over 95% of sexual assault and sexual harassment cases go unreported. Many companies and educational institutions do not have up to date measures in place to deal with sexual harassment claims.  When instances are reported, support for victims is staggeringly low and claims are often brushed aside or not taken seriously. On the heels of the #MeToo movement a new hashtag of #WeToo was coined in Japan to lessen the shame associated with coming forward with assault experiences and support assault victims. This is a first step in Japan’s long road towards fully supporting women and lessening the gender gap.

Change is Good for Everyone

There’s a long held notion that men in Japan are set to lose out on something by allowing more opportunities for women. It’s important to note that gender parity has positive effects. Countries that are the most gender equal score the highest on the happiness scale. According to the Organization for Economic Cooperation and Development (OECD), making gains towards global parity would improve the economy by adding approximately $550 billion to Japan’s GDP. With falling birth rates and an aging population that greatly inhibits the labor force, Japan’s economic future will face some challenges. Women are the most underutilized resource in Japan’s arsenal. Investing in the advancement of women is critical to Japan’s future. As we applaud Japan’s efforts in supporting overseas development for gender equality, we can’t help but wonder the outcome if the same amount of resources afforded abroad were applied domestically.

This week, Japan enters a new Imperial era, and ushering with it a fresh hope for change.

This is part of a series Izanau is doing about women in Japan. We will be exploring the topic of gender from multiple angles.

Our previous article "Why Should Japan Care About Gender Issues" talks about the benefits Japan could have if they moved towards more gender equality. 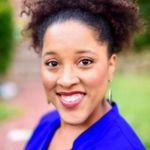 Entrepreneur and lover of all things Kansai for twenty years.