The Strange World of Smoking in Japan

Understanding the Upside Down Smoking Rules in Japan 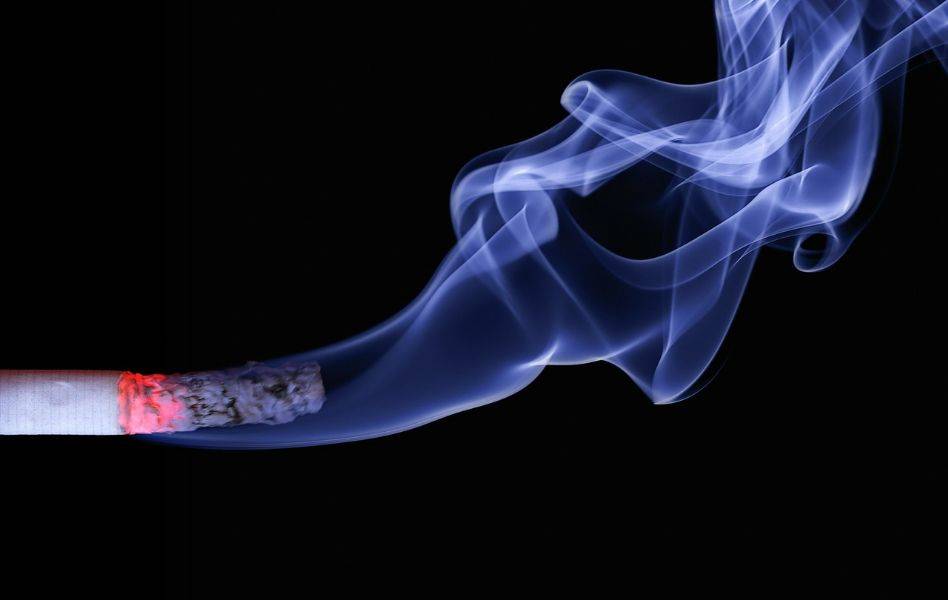 Japan continues to live up to its reputation of being a smoker friendly country, despite common complaints by ossans (a slightly derogatory term for older man) about how their staple habits of smoking and drinking are being shunned by young people today. Compared to many countries in the world, in Japan, cigarettes are relatively cheap and smoking is everywhere. The tobacco lobby has skirted growing criticism about the lack of indoor smoking regulations by shifting the conversation to smoking etiquette and segregating smokers from non-smokers. As a result the government has implemented meek laws to regulate smoking and blanket bans on smoking indoors have been held at bay.

Why is the tobacco lobby so strong in Japan?

Tobacco has been around in Japan since the 16th century, no one really knows how it got here but needless to say it caught on in a big way. From 1898 the government implemented a leaf tax and the sale of tobacco became a nationalized monopoly. During rationing times in World War II the government allowed up the 3 cigarettes per man per day, and this rationing continued until 1950. Lifting the ration lead to the number of male smokers in Japan to jump to 83.7% in 1966. Smoking for that generation in Japan was a luxury and way of being social, so all spaces – offices, homes, cafés, restaurants, trains and theatres – were all smoker friendly, needless to say the government’s vested interest in the prosperity of the tobacco industry had something to do with smoking being completely unregulated. In 1985 the monopoly ended and Japan Tobacco Inc. (known as JT) was formed, and though it was a privately listed company, it was still owned by the Ministry of Finance. The government slowly sold off shares in JT and by 2003 they had sold off one-third of the company and 50% by 2013. However by law, the Ministry of Finance is required to own a minimum of one-third of the JT.

It’s quite obvious that the convoluted state of tobacco regulations in Japan is directly related to the fact that the government as a whole and its individual members who own steak in JT have a vested interest in the not just survival but prosperity of the tobacco industry. This asset has proven to be strangely beneficial as the government has on more than one occasion, sold large chunks of JT stock in order to fund domestic reconstruction efforts in North Eastern Japan after the Tohoku Earthquake and Fukushima Nuclear Disaster, a move that is both heartening and confusing at the same time. Currently the Finance Ministry owns just over 33 % of JT.

So while the Ministry of Health Labor and Welfare is constantly trying to follow smoking regulation recommendations by the WHO the Ministry of Finance and the Tobacco Lobbyists are trying to divert the focus away from the health hazards and universal indoor smoking bans.

The Need for Through Measures Against Second Hand Smoke is the announcement that was made by the Ministry of Health Labor and Welfare after Tokyo won the bid for the 2020 Olympics. The announcement led to amendments to the Health Promotion Act; but heavy lobbying by the tobacco industry and opposition from within the government resulted in a weakened version of tobacco regulations being implemented.

They clever argument by the tobacco lobby was this: smokers don’t have the option to step outside to have a cigarette because of regulations put into place in the early 2000s prohibited smoking in outdoor public places. This meant that smokers had no choice but to smoke in designated smoking areas indoors.

Why is smoking banned in outdoor public places? Good Question.

The rationale has to do with the dangers of walking with a lit cigarette. It could burn people clothes or accidentally graze a child's face, so the logic is that it's safer and better manners to stop and smoke a cigarette. But the smoke itself — that's no problem! 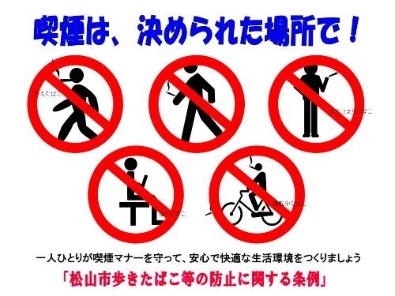 The Ministry of Health Labor and Welfare was desperate to raise Japan’s WHO grading for anti-smoking measures from the lowest to the second lowest, but the strength of the lobby prevailed and establishments under the size of 100 square meters or 55% of all establishments were excluded from smoking regulations. Further, JT’s age old solution of designated smoking spaces, essentially creating safe havens for smokers despite where the second hand smoke travels to, was the most prominent factor of the regulation.  Under the regulations schools, hospitals, and municipal offices were all designated as non-smoking spaces, but, smoking areas could be set up somewhere outdoors on the premises.  Currently, most eating and drinking establishments make their own decisions about allowing people to smoke or not, but many fear that banning smoking in their establishment with affect business negatively so they maintain the status quo.

The “Smoking Manners Campaign.” And the prohibition of smoking outdoors

For more than 30 years JT has invested in a “smoking manners“ campaign, more accurately known as Smoking Manners for Harmony and Coexistence. It started in Japan and they gradually introduced similar campaigns in other countries. The general gist of the campaigns is simple. Let's make it easy for smokers and non-smokers to co-exist so lets behave well: don’t burn anyone with your cigarette , don’t litter your cigarette butt, and maintain good smoking manners. All of this was for the sake of etiquette, and not about the hazards of exposing people to second hand smoke. Here are some of their amusing Public Service Announcement posters: 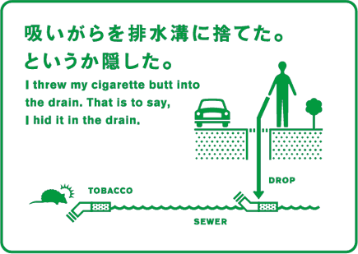 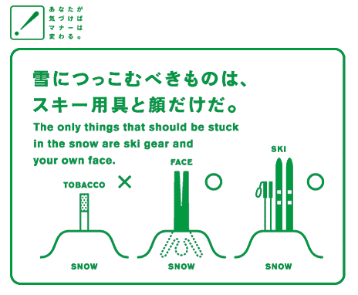 Portable Ashtrays. A staple part of smoking manners in Japan, a (often stylish) pouch with a flame resistant lining is used when an ash tray isn’t present nearby, smokers often drop their ash and butts into these pouches in order to display good smoking manners and dispose of it in the trash later.

JT is still arguing that the Olymipcs is a great opportunity to show Japan’s “success” in implementing smoking segregation despite a government survey that showed that 40% of non-smokers were exposed to smoke while eating or drinking. Chatter is brewing that time is running out and Tokyo will have to ban smoking indoors in compliance with WHO standards and the requests of the IOC before the Olympic Games next year. 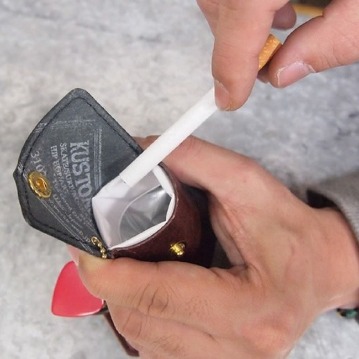 “Looking bad,” in the eyes of the international community might just be the driving factor to implement some real change in Japan’s smoking laws, putting a dramatic end to the Shōwa Era nostalgia of walking into a dingy yet classy looking coffee shop and lighting up a cigarette with an aromatic cup of brew.