In The Land of Endless Steps, where saucy strands of pasta are swiftly plucked off a plate with chopsticks; where talking on your mobile phone aboard trains is rude and prohibited but slurping up mains the louder the better; where custom in a sombre Chrysanthemum brigade is matched by character mascots in quirky masquerade, paradoxes line the way to regulate peculiar, as Japanese…

Japan is a country full of absurd contrasts and blatant contradictions. Some might argue that Japan wouldn’t be Japan if she wasn’t so bizarre. While reading up on Pico Iyer’s latest, Autumn Light, this theme struck yet again: the author contemplates mortality by observing the frail turn of seasons through autumn in Japan; he captures beauty in the falling away of things – in loss, and in turn discovers the value of holding on to all that matters. How superbly ironic!

Similarly, inconsistencies abound between popular impressions of Japan and encounters on the ground. In particular, Japan as all-round ‘high-tech’ and by extension, ‘highly efficient’, pervade and persist overseas, only to shatter as rude shock upon settling in. Here are some revealing occasions to the contrary which suggest that our absolute ideas about Japan don’t always hold true…

Firstly, consider that what is meant by ‘high-tech’ isn’t 100% clear and therefore leaves great room for debate. Japan’s general advancements in technology, i.e. engineering and applied sciences for practical value, are probably what attest to this label.  She certainly once held great repute in consumer electronic brands; more recently accomplished feats in 3D manufacturing and robotics; is prized for her public toilets of gadgets galore; and, how can one discount the multi-purposeful, genius collective that is the ubiquitous konbini or ‘convenience store’, which miraculously houses just about everything! The tag of ‘high-tech’ appears to blur progressive mechanics as a blanket approach that stretches nation-wide and factors in at most levels of daily exchange. This simply isn’t true.

Even while Japan is globally renowned for her innovations – or rather, Tokyo and a few other larger cities are –, old-school habits of being cash-oriented and just generally paper-driven, reign supreme. Compared to other similarly developed countries, Japan’s credit card usage is much lower and cash still the preferred medium of transaction. Moreover, new migrants might find their local credit card applications initially rejected for reasons unknown but likely contingent on their relative lack thereof – savings, background security, reliability, etc. So starting out with a basic savings account to draw and keep cash handy is a wise way to go. 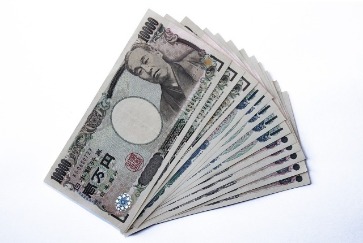 It is also no secret that the Japanese value time to the minute and are highly praised for their punctuality, which, by the way, doesn’t mean being on time; it means arriving ahead of time by five or so minutes at least. But punctuality doesn’t translate into efficiency across the board or in mundane practices like printing, for instance. Robots aside, the average Japanese printer in the workspace though built to deliver a double-sided print command, tends to jam midway through likely because it isn’t accustomed to doing so.

Yes, the Japanese typically print single-side and revel – or so it would seem – in hiding behind endless stacks of printouts that perhaps are indicative of … hard work? Or not; the old-fashioned, paper route stands regardless. It certainly was an anomaly – an audacity even – to insist on saving paper by printing out worksheets for my students on both sides of each sheet and I was just as surely caught out on my act of deviance each time the printer malfunctioned, which was almost always the case with my material in queue.

The gesture while thinly appreciated was also largely unheard of and impatiently obliged. What made the entire affair more incredulous was the stark economy applied to machines in accordance with their power consumption. Printouts of more than 20 sheets were relegated to separate machines and flimsier grade paper but paper, unlike power wattage, was spent nonetheless. Why this obsession with paper?

Recycle and reuse but still plastic-heavy

Further, and ironically, paper over plastic (in money matters at least) hasn’t necessarily meant a reduction of overall plastic use, not where bagging purchases is concerned. It isn’t uncommon to accumulate plastic bags by the hamper unless the onus is taken to politely refuse the cashier and show off your eco tote – much to the staff’s awe, in fact.  This generous giveaway of plastics, often involving multi-layered packaging, is somewhat at odds with the Japanese waste disposal system (or is it?), which prides itself on recycling and reusing items. It is a notoriously complex system for its meticulous separation of moeru gomi (‘burnable trash’) and moenai gomi (‘non-burnable trash’), with the added hysterics of a breakdown across metals (aluminium versus steel), plastics (PET bottles versus otherwise) and glass, with different coloured trash bags for each. 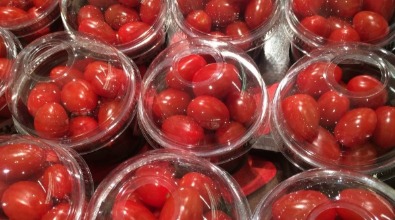 To bin and how to bin… without a bin

Used batteries are strictly outcast and typically bunched for deposition at schools or other designated centres; larger items like broken umbrellas and fused bulbs dragged monthly to the closest recycling facility; and, worn clothes – washed and neatly folded of course –, piled and bound for donation to the relevant charity. Sizeable cardboard boxes (danbōru) must be flattened and strung taut to maximize storage space and smaller cartons of milk and yoghurt as diligently washed out, dried and flattened before being trashed, if not recycled as well. Did I mention that plastic bottles must be stripped of their caps and sticker labels (trashed separately) before they are collected for recycling? It is admirably a wonder how the Japanese make time to abide by all these rules but clearly, Japanese precision itself isn’t a myth.

And so, it isn’t uncommon either, to find yourself in two minds – parched in the peak of summer no less – about glugging that cool canned drink from the omnipresent vending machine, without a careful plan of action for disposal after – in the kan (‘cans’) bin only of course; certainly not in the bin (‘bottles’) bin, how dare you. You get my drift. Best to avoid the hassle, especially once you realize that it is an actual treasure hunt to find a public trash can in sight on most of Japan’s streets and corners! Yet the streets are clean – Japanese obedience to rules not a myth either – and the trash tucked inconspicuously into pockets or handbags for the meanwhile, till one returns home or chances upon a set of bins lined up outside the trusty konbini. In moments of great urgency, public restrooms too are reliable locations to find bins for selective, smaller burnable items.

As ‘high-tech’ as its image claims to be, internet set-ups at home are sometimes known to be laborious in Japan and connection to free, public Wi-Fi frustratingly poor. Tourists or foreign residents experience this most acutely, either on account of the language barrier to get through the tedious process for the set-up, or thanks largely to self-sufficient, smart-phone data plans that alleviate the dependency on free Wi-Fi access for a majority of locals. Pre-paid data SIM cards or the Pocket Wi-Fi are recommended alternatives for more dependable net-on-the-go.

Beyond the bridge between ‘high-tech’ and ‘highly efficient’ Japan and her sobering realities, sit more myths waiting to combust. Stay tuned to part two of this exposé to find out more and meet Japan as she stands, in all her imperfect glory…