The Flip Side Of The Meishi: The Hidden Dangers And Sociology Of Business Cards In Japan 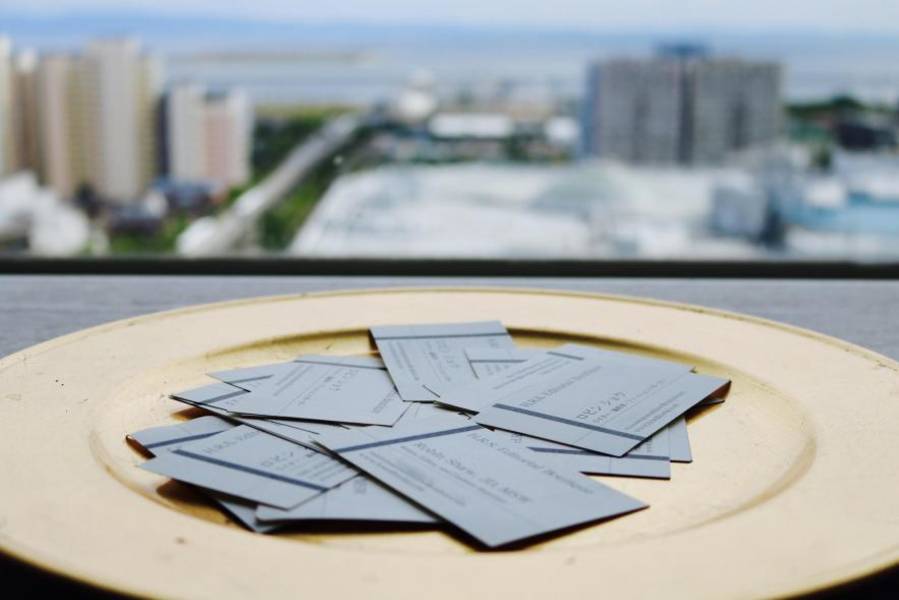 Yoshito Horiguchi, president of Heiwado, Inc. Printing Company, shared this profound observation with the Washington Post in 1986. Twenty years later, his words are still as true as the day they were spoken. In Japan, the meishi is everything, even if it isn’t. People believe every word that’s printed on the card, and use whatever is printed there to classify the bearer as worthy or unworthy of attention, respect, and time. Yet, the consequences of such assumptions can be hazardous.

In perhaps the most famous meishi mixup of all time, 12 people were murdered when an imposter, claiming to be a public health officer entered a bank in Tokyo and told people that he had the cure for a case of dysentery which was spreading through the community. He handed out his meishi and presented them with “medicine” which was actually poison. Why anyone would take a prescription from a public health official in a bank lobby defies explanation, but this cautionary tale has historically been attributed to the power of the meishi. Even in the most inexplicable and unbelievable of situations, the meishi grants its holder respect.

But why? Anyone can procure a meishi in one hour or less at any number of printing shops, and everyone, from gang members to teenagers carry meishi (gang members actually carry two - one for their legitimate businesses and one for their criminal enterprises). Only if you are the Emperor or a teen idol can you travel without them because then, of course, everyone knows who you are. Don’t try this yourself, however, because allegedly one of the worst things you can do is take a meishi and - without explanation - decline to offer one in return. The other well-known meishi faux pauxs are bending, tossing out, or writing on the meishi in the giver’s presence. For shame. If you do this, you will be considered an insufferably rude and offensive person and may even lose a business deal for failing to handle the meishi gently with two hands, studying it for at least a few seconds, and giving it a place of honor in your card case. You do have a card case, don’t you? I hope so because forgetting your meishi is an unforgivable offense as no one will believe you are who you say you are without one.

Should one thin piece of cardstock carry so much weight? Perhaps not, but it is evidence of what goes on in the hearts and minds of the people. Hierarchystructure.com examined Japan’s society and found the following structure: 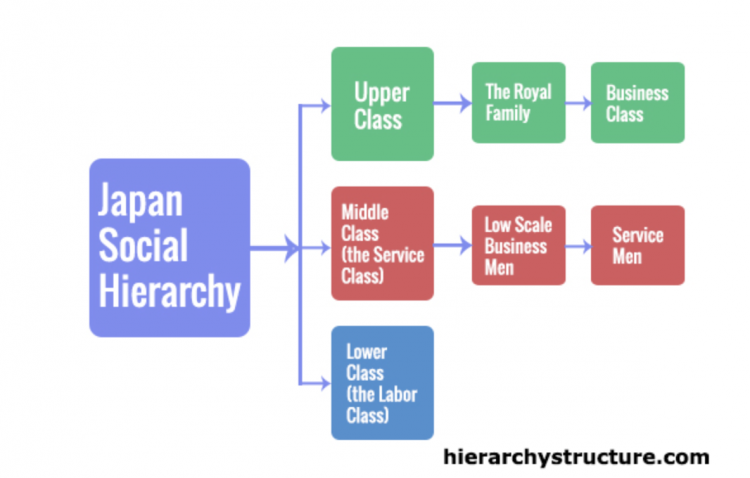 The meishi helps one “prove” where they fall in this pileup so that there is no need to ask the sometimes rude and awkward questions which one must ask to find out this information indirectly (as we often do in the western world with “So, what do you do?”). In this respect, the Japanese are not so much different as ironically more straightforward in how they find out who is who in their world - or who is presenting themselves as who, as we learned in the cautionary tale above. The danger of stereotyping is the fatality of being wrong in small ways, like missing out on the opportunity for great friendships with people who may have a different status than you, and large ways, like the bank incident of 1948. Meishi culture will perhaps never die, but we can learn to never judge a person by their calling card and to receive each with equal reverence as a human being worthy of respect, and not just a title.

And if you are looking forward to pass us your business card, why not contact us? We'll be happy to help you land a job in Japan!