The Good, the Different, & the Baffling

I would argue that Japan is one of the easiest places to live in the world primarily because you can go about your day with minimal conflict as I presented in my previous article Is Japan the Most Libertarian Place in the World? I would even go as far as to say that once you truly understand why things are the way they are and how they work in Japan, the rest of the world will almost start to seem like they need to get their act together. Even in a country like Singapore where the safety and convenience is on par (if not sometimes better) with Japan, one still has to deal with rough crowds on the trains and rude or aloof waitstaff which makes day to day interactions just a little less pleasant. Japan is known for it’s safety and politeness, so lets dig a little deeper into the vastness of life in Japan.

1. Getting included is hard, but when you do its for real

Japanese people are notoriously shy and closed off. It’s not uncommon to know someone for years without really knowing them. People tend to stay cordial, at a distance, and its uncommon for people to verbally express themselves in the same way foreigners may be accustom to. (I know this sounds like a negative, but wait i’m getting there.) However, what this means is that comfort amongst people requires time and trust. And when you’re in, you’re really in. What is key, is to manage expectations about how the flow of a friendship should go. There are many opinions online that claim “you will always be a foreigner,” but I would argue that that entirely depends on you. If you act like you belong, you’ll be treated like you do. Since Japanese culture is all about inclusion, when you have a nakama (crew) you can be sure its genuine. The litmus test as a foreigner to know you’re not an outsider anymore is when conversations don’t slow down for your sake because the assumption is that you get it.

2. Japan is safe and everything is reliable 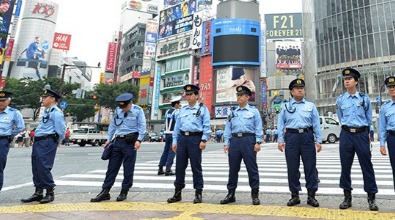 This point can’t be emphasized enough. enough. The Economist Safe Cities Index for 2017 listed Tokyo – with a population of 36 million in the greater Tokyo Metropolitan Area– as no. 1 and Osaka as no. 3. Japan is exceptionally safe and reliable. Leave your laptop and your phone on a table at a coffee shop and go to the toilet, no problem! Expecting a delivery between noon and two pm, you can be sure it will arrive in that timeframe. What this boils down to is ease in planning your day and your life. Living in Japan means that you don’t have to wait all day for there pair man to show up (when and if he shows up) because you know when and relatively how long a repair will take. The convenience of not having to reconfigure schedules constantly as a consequence of waiting on other people is a peace of mind that cannot be quantified.

Japan has a long history of gift giving, while the origins are unclear the reality is that Japanese people give a lot of gifts. For a society that can be classified as non-expressive when it comes to emotions, gift giving seems to be the loophole. In some situations omiyage are considered obligatory (e.g. bringing back (edible) souvenirs to your office after a trip), in others they are meticulous expressions of kindness and thoughtfulness. Orēi (to give thanks) is also often articulated with a handwritten thank you cards and small (useful) gifts; thanks is conveyed in the gesture more than in the item and the quintessentially Japanese attention to detail is an exceptional way to express gratitude.

Last minute anything will never be your friend in Japan. The best representation for this is with travel; everyone in Japan travel around the same three weeks of the year (Golden Week in May, Obon in August, and New Years). So if planning and booking isn't done in advance, say goodbye to vacation. Even social plans are generally made a week or two in advance to ensure that everyone’s schedules are accommodated. The rule of thumb in Japan is that earlier is always better, or you may walk into your apartment one day to find that your electricity has been turned off because you missed the deadline of your bill.

1. Japan is still a gendered society 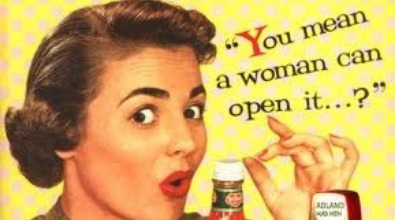 Recently on TV they were promoting a new wine opener that required no strength or skill to use, and inevitably someone says, “it requires no strength even a woman can do it.” Now I admit that sounds worse in English than it does in Japanese, but still I cringe. In fact, a quick google search of “女性も簡単に” (women can also easily...)produces a slew of DIY products where ease of use is the selling point often with the tagline “女性も簡単に...” (a women can also do it). This isn’t to say that women in Japan are weak, they have been the dominant force in domestic matters long before the worldwide women’s liberation movement, and when groping incidents on trains increased around 2000, enough women spoke up for most major train lines in big cities to institute women only cars without any government mandates. From a macro perspective, the battle grounds for gender based issues in Japan are quite different (though not without overlap) to the rest of the world, and Japanese women, like all women, are still figuring out how things need to change in their country.

2. Bending the rules is hard

This point should be no surprise, bending the rules in Japan is hard, but there are reasons for it (most of the time). Rules generally can’t be bent because of equality and fairness, if one person gets a discount or special service that consequently needs to be available to everyone and often that’s just not feasible. In order to avoid arguments from customers that go like, “but my friend told me you can do such-and-such here,” the standardization of service enables everyone to get the same experience and quality of service. The idea that seems most difficult for too outsiders to Japan to grasp is that rules aren’t there to disadvantage the individual, but rather to support the egalitarian foundation of Japanese society,and that’s how life operates so smoothly.

Japan’s isolationist history and primarily homogenous society has naturally developed its own set of specific rules and norms. Undoubtedly, for anyone moving to Japan learning these social protocols will take time and adjustment; the good thing is that the Japanese tend to be much for forgiving of foreigners who don’t understand the silent codes that dictate the ways of society, so that means there is a generous grace period for learning.And often accepting the role of bumbling foreigner who doesn’t know anything, will usually lead you to a helping hand.