Japan’s ultra convenient, ultra complex public transportation system is envied worldwide. In the United States, going someplace new means considerable planning, a GPS, and a full tank of gas. In Japan it’s a simple matter of going to the station and taking a quick look at the train map. It’s commonly known that Japan’s trains are marvelous, but what’s rarely discussed is how the mega network of train lines actually came to be.

Let’s start with the familiar: Japan’s trains are pretty great. In fact, they are so unapologetically wonderful there are thirty-six unique types of train nerds. Japan’s railways break barriers in efficiency, with multiple tracks for express service, battery charging brakes, and some of the fastest trains in the world.

The busiest train stations have movie theaters, restaurants, souvenirs, tourist attractions, and so much more tourists can take a day trip to Shinjuku station and leave feeling like they’d successfully navigated a small city. Train service itself has a nearly spotless record, as Japanese trains are (almost) never late. In 2017, the average annual train delay was 0.9 minutes. They have to run smoothly, to handle the burden of over 70% of Japan’s transport volume. 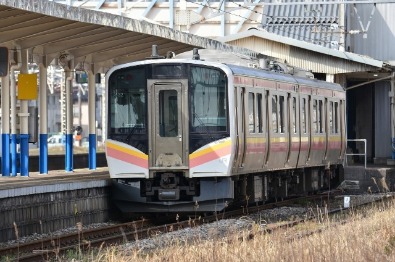 Does Everyone Ride Public Transportation?

Public transportation can’t be mentioned without mentioning the Toyota-shaped elephant in the room. Japan is home to one of the world’s largest automotive manufacturers. It is rare to hear complaints about Japanese cars, which are some of the safest worldwide. And the world certainly seems to appreciate the quality more than Toyota’s home. Sales in Japan are decreasing while exports are increasing. The number of cars per household in Japan barely changed between 2000 and 2014, and the number of cars registered is less than the number of bicycles. Why are people so much more likely to take the train in the city?

That being said, as is often the case in Japan, the gap between rural and urban areas is astounding. Since 2000, train lines with combined track of over 771 kilometers have been shut down in Japan’s less populated areas. JR Hokkaido made the sad announcement in 2016 that they were losing money on half of the lines they run. Many lines on the northernmost island are scheduled to be shut down and replaced with other types of transportation, despite protests from people who live there. How did this disparity come to be?

The answer to those two questions goes as far back as the mid 1800s. 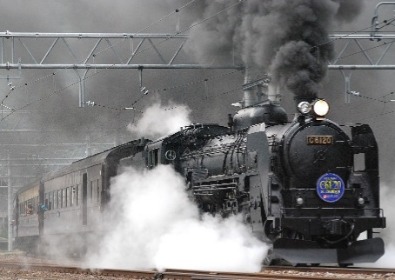 The Start of Japanese Trains

As with everything, the history of Japan’s railway is steeped with politics. It starts with a toy train, several mystified samurai, and a gorgeous shoreline near Yokohama. The time is 1854, and Commodore Perry has just gifted Japan with its first model train.

Westerners desperately wanted to build railroads in Japan, and made multiple requests to be allowed to build on Japanese soil. Japan was skeptical at first. People felt trains would open the gates towards an irreversible invasion by foreign influence.

The US and the UK pulled out all the stops to convince them. When famine broke out in Northern Japan, in a rather low blow UK leadership pointed out if Japan had railways, they could have happily provided supplies.

As the Meiji government’s overall goal was to increase national wealth and military security, eventually they began to warm to the idea of trains, feeling they could help move goods and troops in times of emergencies. However, Japan firmly refused foreign countries’ pressure to allow them to build railroads, emphasizing that if Japan was going to do this, they were going at it alone. While in the beginning they did have to rely on foreign loans and workers, their insistence on reserving the actual building for themselves allowed Japan to plan a nation-wide network.

I’ve Got a Fever, and the only Cure is More Trains

Japan’s first railroad was completed in 1872, between Tokyo and Yokohama. Afterward the government had exhausted much of its budget for railroads, so they transferred responsibility for a more extensive network to the private sector. Thus the Japan Railway Company was born.

To spur railroad production, the JRC was given every advantage, including government loans, tax exemptions, guaranteed returns–not to mention the JRC didn’t even have to actually build the railroads themselves. The government handled it, leaving the JRC to management, and very little else. Seeing this sweet deal, railway companies cropped up faster than speeding bullet trains. By 1897 there were over 50 new companies.

Train mania had begun. There was good money to be had in the railroad business, and because of that, a lot of these new companies were solely interested in profit. They sought highly populated areas and places with low construction costs, leaving rural areas without a ticket to ride. Many less developed parts of the country were without convenient railroad access, hence why these days trains come every ten minutes in Tokyo, but only once every half hour (or longer) in some parts of Namerikawa.

Motorization Gets a Flat

When talking about all this drive for train development, it’s hard to imagine where cars would fit in. Literally, considering the amount of track they were laying made it difficult to make new roads. Cars weren’t able to take off like they did in other countries. Japanese roads, lacking the same history of carriages that other countries did, were deemed the worst in the world by an economist in the 1950s. Road development was slow and further impeded by the government focus on trains.

Historical disadvantages aside, for the past few decades, cars are less popular amongst the younger generation in Japan, and car sales have been steadily dropping. Some say that money is a big driving factor in this. A survey from 2013 revealed 70% of 20 year olds in Japan said the biggest criteria for choosing a car is cost.

There are three types of taxes to pay when it comes to owning a car in Japan. Then there’s general maintenance, toll roads recycling fees, and parking, but that’s nothing compared to the process of getting a driver’s license. Driving is taken very seriously in Japan, as evidenced by the fact that it’s nearly impossible to pass the test without attending a driving school. Those can cost upwards of 300,000 yen. In Tokyo, driving school graduates dropped by over 300,000 between 2003 and 2013, and many schools went bankrupt. 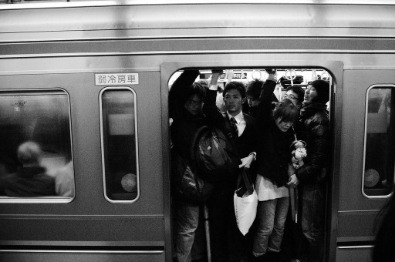 These days in particular trains are even more likely to win over their gas guzzling competitors, as they allow for energy efficiency in a time when climate change is literally causing doomsday style news reports (trains accounted for only 3.4% of Japan’s CO2 emissions in 2015). It’s clear that Japan cares about environmental issues, considering the near obsession with recycling, and new requirements for eco-friendly cars. And, what makes taking the train even more appealing is that most employers will pay for a train commute to work. Some Japanese cities even try to attract new residents by offering commuting subsidies for people whose companies don’t give a commuting allowance.

History prevented cars from being able to keep up with their cousin vehicles, and modern day issues continue to stunt their growth in Japan’s cities. That’s not to say that Japanese trains don’t have their fair share of problems, some running at nearly 200% capacity during peak hours. Despite this, it’s hard to imagine city trains losing momentum in the future. Rural areas are likely to switch to other methods of transportation, but they have some of the world’s safest cars as a pretty great consolation prize.