How to Be or Not to Be at Enkais (Work Dinners) 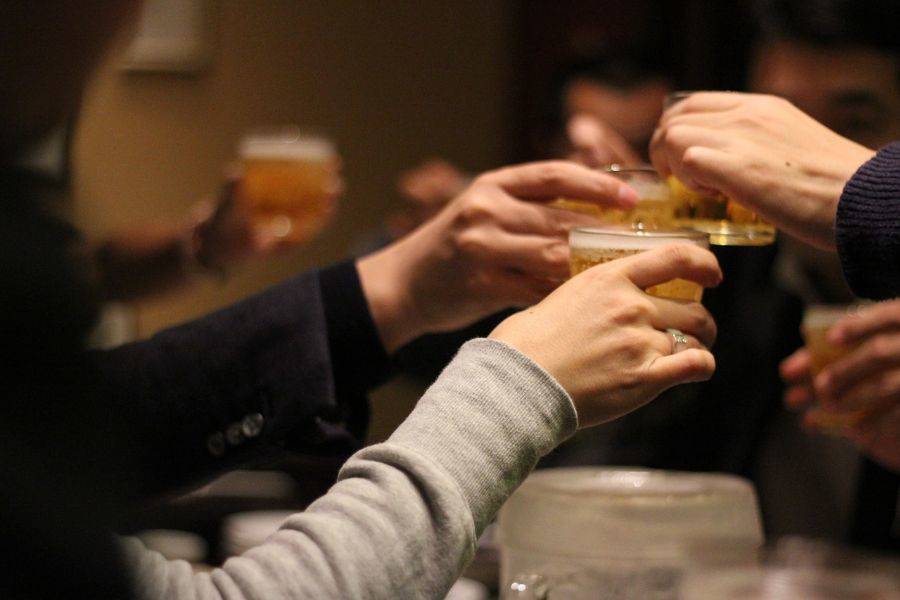 Just like any other workplace, the Japanese workplace too has its occasions for downtime and some serious fun, if you play by the rules, that is…

What is an enkai?

The word ‘enkai’ literally translates as ‘banquet’, or if you’re a kanji radical, the two characters that make up enkai 「宴会」read as: feast + meeting. Indeed, this is true. From this writer’s experience, the enkai isn’t an impromptu or casual affair that organically gathers a group of colleagues to head out to unwind. Certainly, there are those that must exist as well. But the enkai isn’t that. No, the enkai is an essential part of Japanese work culture that presents as an opportunity to socially strategize for workplace survival. It is no doubt also a well-earned and much-deserved otsukare celebration, in other words, it acknowledges the hard work of the staff after an event or term is successfully complete. The enkai is elaborate not just for its rich, multi-course spread but also in its nature and for its practices. The enkai is ceremonious, and there is typically one to mark every such occasion worth listing on the annual work calendar.

The many enkais, to name a few

There’s the extremely common settai – business dinner for cultivating client relationships; the kangei-kai – the ‘welcome party’ for new staff; the sōbetsu-kai or ‘farewell party’ to appreciate exiting staff; the critically symbolic shinnen-kai or ‘New Year’s party’, for which then there must obviously be a bōnen-kai or ‘year-end party’ to match.  There is also the more generic nomi-kai (‘drinking party’) that often overlaps with the ­niji-kai (‘second party’ or better known as the after-party) and the sanji-kai (‘third party’ or, you guessed it – after-after-party). By this time of night, the group tends to get reduced to a core of mostly male colleagues who stay behind to belt out yesteryear tracks at a sunakku or ‘snack bar’ (really a karaoke joint), over bowls of nuts and potent chugs of shōchū. In contrast, the women-only gatherings or joshi-kai, allow for homely potlucks and an open celebration of intimate occasions such as an expectant female colleague, within a conventionally acceptable space. 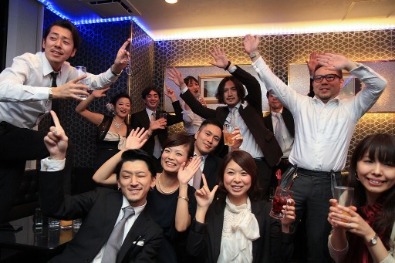 To attend, or not to attend

The enkai is set in advance and in accordance to prefigured dates; the venue sometimes lavishly out of town; and, the table reserved for the exact number of patrons who have confirmed their attendance ahead of time and by a given deadline. At some workplaces, a print-out of the staff name list and key details like the date, time, venue and fare per head, is passed around for staff to check off.  Enkais are a standard obligation and one’s absence at them, either repeatedly so or even at just the one enkai of particular significance, is acutely apparent. A veteran teacher explained, for instance, that it is an unwritten rule for everyone to attend both the welcome and farewell enkais, as a show of support and gratitude for their fellow colleague(s). Skipping out on either is “not preferable”. Even so, attendance is never full and colleagues at a secure rank of seniority are known to unabashedly excuse themselves.

Whether you work at just the one office or at multiple workplaces (for example, I taught at two schools), attendance at enkais is more a balancing act than blanket compulsion. By this I mean, it requires some simple strategizing to make sure that you’re present at important ones and enough times across the year to validate your stay. There are ways and means to build rapport and network with colleagues in settings as informal as the office corridor or school hallway, with a gesture as basic as a warm smile while initiating a greeting of otsukaresamadesu (‘thank you for all your hard work’). You certainly don’t have to attend all enkais, all the time.

Enkais are after all, expensive. As a public school teacher in Japan, I paid between 3,000 yen and 5,000 yen (approximately US$27 to US$45) for an enkai, and then some more if I continued onward with the after-parties. Understandably, the amount varies by location and the average fare scales up or downward depending on the kind of company you work for. However, the fare also appears to vary by gender, though not always. Female staff members sometimes pay less than their male counterparts on the gendered assumption that men tend to consume more alcohol than women do. That women also tend to be the designated drivers for the night, is another reason for the discounted fare that rides on the same presumptuousness that they are less likely to drink alcohol at all.

In many ways, enkais put you, the foreigner, to task: they stage Japanese customs at high frequency and test your ability to abide by them in a dangerously uninhibited environment.

Be on time for your enkai by arriving at least 10 to 15 minutes early. The opening speech won’t begin till everyone has arrived and is seated, and till all drinks are ordered and ready for the ceremonial toast.

Go with your colleagues. One way to ensure punctuality and avoid embarrassment is by securing a spot in one of the car-pooling arrangements with your colleagues. This way you are much more likely to get in on time and you get to ease into socializing with a few before meeting the entire crew!

Dress up rather than down. Enkais are typically a semi-formal to formal affair so business casual would be a safe bet. Also be mindful of a possible tatami set-up when deciding on your attire, as enkais often take place in a private function room of an izakaya (‘tavern’ or ‘bistro’). This would mean having to sit upright on your knees and with your toes curled in, for a few hours.

Pay the exact amount if you can, otherwise apologize grandly to the staff at reception with an ‘excuse me’ – sumimasendeshita or ‘I’m sorry’ – mōshiwake gozaimasen, for not having change.

Serve and wait to be served. Enkais are communal in spirit and practice. They involve large shared platters of sushi and centralized pots of steaming hot nabe. If certain colleagues have been tasked with organizing the enkai, it is their duty to serve for the night, rank notwithstanding. Even so, custom dictates that you never refill your own glass but pour for others and wait to be served in return. While you’re at it, don’t hesitate to scoop out some of that delicious nabe broth for the company that surrounds you! 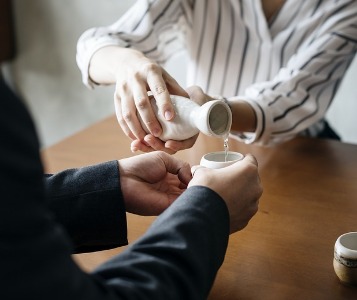 Accept over refuse but don’t be afraid to say ‘no, thank you’. Enkais are quite plainly a bountiful booze/drinking affair. If you don’t drink at all or aren’t much of a drinker, it doesn’t mean you shouldn’t attend the enkai. Simply make known your dietary restrictions in advance as far as possible, be it for food or drink. Should you find yourself in a spot with a plate of whale or horse sashimi or abuzz with refills, don’t be afraid to politely offer up the plate to your colleague or persist with thanking your server as an indication for them to stop. Alternatively, pace your drinking – a cup is most often only refilled when empty.

If it’s in your honour, keep a few lines ready. Every enkai has its unique start with a declaration by the authoritative head – the company’s boss or the school’s principal, for example. This opening speech closes with a hearty toast or kanpai (‘cheers’) traditionally raised with mini glasses of nama biru – draught beer, or alternatively, with a precious shot of sake. If you happen to be one of the stars of the evening – a fresh recruit at a welcome party perhaps, be prepared to be called out to deliver a few lines of your own, and toast again, all in Japanese of course.

...enkais are grey zones of transgression. They are an enabling platform to ask personal questions and get to know your colleagues better; to share information that would largely be deemed improper within the walls of the Japanese workplace...

What happens at an enkai, stays at the enkai

As elaborate and pressurizing as enkais can be, the mood is always light and candid. It is a contrast perfectly aligned with the Japanese culture of hon’ne/tatemae – the privacy of one’s true thoughts versus the public façade of approved behaviour.  As such, enkais are grey zones of transgression. They are an enabling platform to ask personal questions and get to know your colleagues better; to share information that would largely be deemed improper within the walls of the Japanese workplace. What’s vital to bear in mind is that the façade always prevails – smooth talk or deep conversation with a colleague at an enkai doesn’t spell a bond in work relations the next day. In fact, one struggles to trace the occurrence of the enkai at all, considering most Japanese colleagues revert to old cordiality with minimal sign of their carefree and friendly disposition from the night before. This isn’t to say that bonds can’t be built over time; relations do strengthen but subtly and with persistent effort across a number of enkais. For the most part though, the stiff private/public distinction in Japan mandates that what happens at an enkai, stays at the enkai.