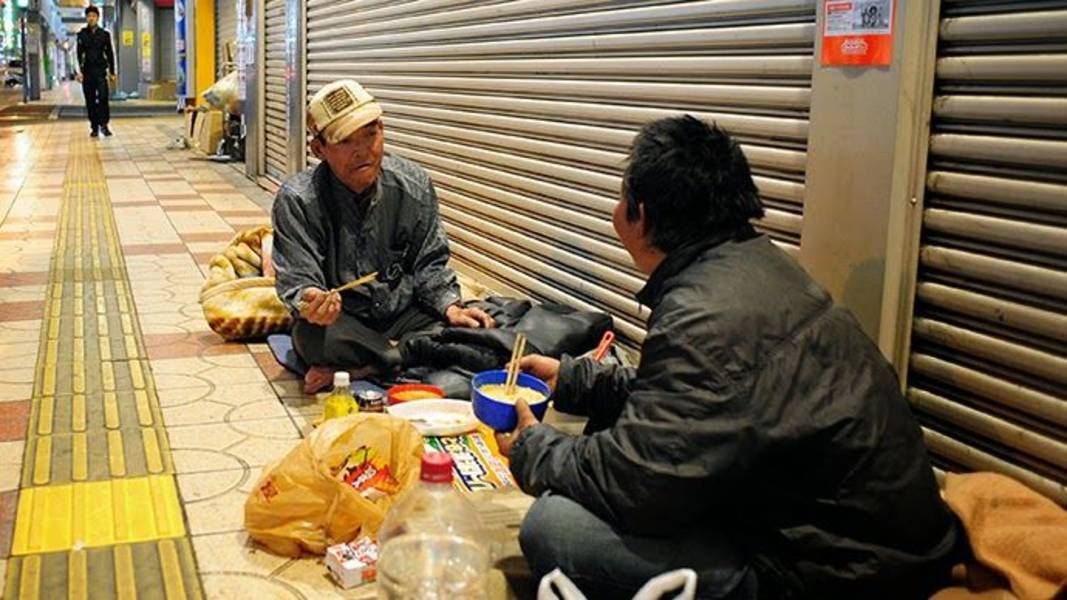 The homeless are some of the most marginalized and vulnerable people in society, and this is no different in Japan. At best, they are considered a nuisance, an eyesore, and at worst they are harassed or attacked for being in public spaces like in Gifu Prefecture where  five teens were arrested for assaulting and murdering a homeless man this April. When Typhoon Hagibis hit Tokyo last year on October 12, three homeless men were refused entry to an emergency evacuation center in Taito Ward because they did not have a fixed address in the area. Now, amidst the COVID-19 pandemic, the homeless are again bearing the brunt of the crisis, as they cannot “stay home” or “social distance” to protect themselves from the virus. The lingering question is: What is being done about it?

Controversial numbers: How many homeless in Japan?

According to a national survey conducted in January 2017 by the Ministry of Health, Labor, and Welfare, there are approximately 5,534 homeless in Japan, with 5,168 being men, and 196 being women. Tokyo had the highest homeless population of 1,397. The accuracy of these numbers, however, is questionable. An independent survey conducted in 2019 by a citizen’s group operating in Tokyo found 2.8 times more homeless people than the figures presented by the Tokyo Metropolitan Government. The group, known as the Advocacy and Research Centre for the Homeless (ARCH), have conducted their own surveys since 2016, with each one finding the number of homeless to be higher than those suggested officially.

The discrepancy stems from the Tokyo Metropolitan Government surveying during the day, while ARCH conducted their surveys at night. This time difference is significant, as the homeless are more likely to be out of sight during the day, either working or walking in search of facilities. Nighttime is much more crucial in determining the number of homeless as they are likely to be in one place, resting. Such controversial numbers contribute to the idea that the Japanese government is downplaying the severity of homelessness in Japan, and indeed, there was little discussion of specific measures taken to address the issue of how COVID-19 is affecting the homeless.

The effect of COVID-19 on the homeless

Takayuki Koda, a 67 year old homeless man, told the Japan Times that the “Coronavirus is an illness for pampered people”. He believes this because there have been no reports of the homeless dying from the virus, so people like him have anything to worry about. The reality however, is that the homeless are at a much higher risk of contracting the COVID-19, and many of them have prior health issues like diabetes and heart disease. This prompted Professor David H. Slater of Sophia University to call on the government to open the currently unused Olympic stadiums as a shelter for the homeless as an easy and necessary next step. Unfortunately, there have been no reports of this taking place. Instead, the government decided to provide a 100,000 yen virus relief fund to everyone currently residing in Japan, including the homeless. But the homeless, with no fixed address, also have trouble obtaining the cash payout, as proof of residency is a prerequisite for receiving the money.

Long-term residents of Internet cafes also fall under the umbrella of the “homeless”, as they do not have a fixed address. Concerns over COVID-19 forced many to move out of these facilities when they were asked to close. Temporary housing was provided for some in business hotels, but there weren’t enough rooms to accommodate everyone. The aim of this hotel support scheme is to encourage a visit to the welfare office for consultation – something many homeless individuals find difficult to do. Japanese society traditionally places emphasis on self-reliance, and welfare is only given to those whose families cannot support them. Thus, seeking welfare would amount to a shameful confession of personal failure.

The stigma of homelessness

The collapse of Japan’s economic bubble led to an upsurge in homelessness in the early 1990’s, forcing the once economically successful nation to come to terms with a difficult reality it did not know how to deal with. Blue plastic tents and cardboard villages appeared in cities as a result, but many homeless were displaced after clashes with officials. As a consequence, the authorities have in large part come to perceive the homeless as nothing more than an embarrassment.

According to Tsuyoshi Inaba, co-founder of Moyai, an non-profit organization supporting the homeless, there is no culture of compassion for homeless people; he recounts that welfare officials in the 1980’s and 1990’s would actively discourage the homeless from applying. This perpetuates the stigma of homeless people as lazy and not wanting to work, but this is far from from the truth, said Jean Le Beu, director of the nonprofit organization Sanyukai in Tokyo. Many homeless see themselves as self-reliant working people, and choose to cope individually, sometimes unaware that a welfare system exists.

Gender is also believed to play a role. Professor Tom Gill of Meiji Gakuin University argues that because the majority of homeless tend to be men, conceptions of “manliness” reinforce the idea that men should be self-reliant, homeless or not. This in turn is reflected in the structure of the Japanese welfare system which penalizes men for failing to maintain economic self-reliance, while there is less expectation for women and children to be self-reliant in the first place.

Supporting the homeless in times of crisis

There have been several examples of nonprofit organizations taking the initiative to support the homeless. Tenohasi, based in Tokyo, has collected and re-distributed unused “Abenomasks” to the homeless. Similarly, the National Homeless Support Network in Kita-Kyushu has received several mask donations after calling on the public to donate unnecessary masks in a tweet that has been shared more than 20,000 times. Although these masks delivered by the government have been subjected to widespread ridicule, they have proved useful to those most in need. Civic engagement of this kind can also be seen in how readers of The Big Issue Japan, a magazine distributed by the homeless, have rushed to help the vendors who are struggling from falls in sales. The magazine introduced a temporary mail-order system, and there were more than 4,000 orders made just days after the system was set up.

While these bottom-up actions are necessary, they lack the funds and resources to organize a comprehensive support network. But little to no discussion regarding the issue of homelessness and COVID-19 seems to be taking place when the economy needs fixing and the average approval rating of Abe’s management of the pandemic sits at 27%, the homeless are once a forgotten eyesore on the fringes of Japanese society.

If you would like to help support the homeless in Japan here is a list of organizations that work with the homeless: