Home infestation in Japan and what to do about it

Don´t let them bug you! 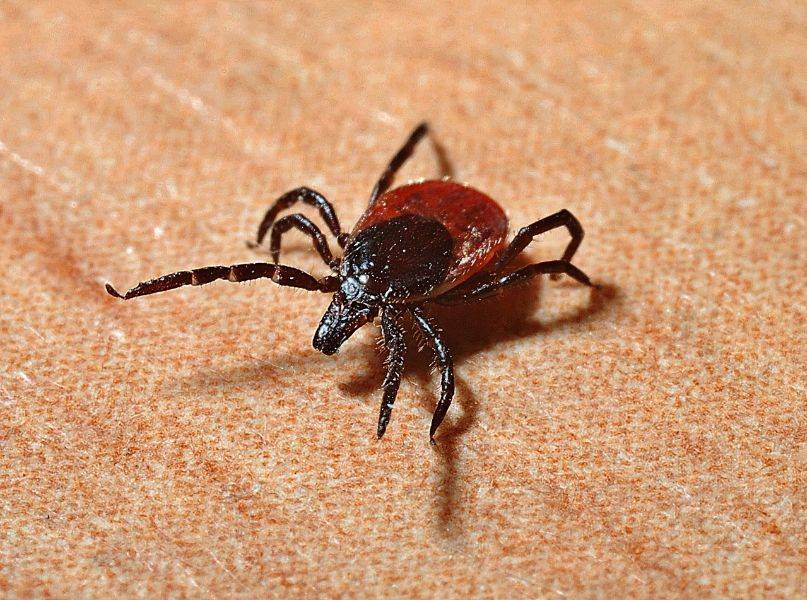 They crawl, they creep. they slither. Some sneak, some squirm, some wriggle. Bugs in Japan. Summer mornings here can feel like waking up in a Franz Kafka story. One might not become a bug, but can find the house teeming with them. As a country spanning several climate zones, from sub-arctic at the northern tip of Hokkaido to subtropical in the deep south of Okinawa, the biodiversity of the Japanese archipelago is something to behold. People moving to or visiting Japan should mentally prepare themselves for a huge variety of bugs and insects. There are poisonous, huge centipedes, arachnoids in all sizes, helicopter-like fireflies, the zillion decibel loud cicadas and much more. It becomes clear how the Pokémon franchise thought up thousands of colourful monsters, when you encounter real-life little monsters at every corner.

Besides the climate conditions with very cold winters in the north and very hot and humid summers all across the country another challenge when living in Japan is home infestation. Older houses with bad isolation do not only have a hard time keeping out the cold of winter or to contain the air conditioning in the summers, they also invite many-legged, unwanted guests.

Most of them are harmless and won't bother people like the Nipponopsalididae which is the Japanese version of daddy long-legs. They don't come in clusters and are content with a small web in a corner. Actually they are helpful to get rid of really nasty insects as mosquitos. So as the old saying goes: They are more afraid of humans, than humans are of them.

However, on the other hand, cockroaches or gokuburi are something that everyone living in Japan will inevitably encounter. They appear during the hot and humid summer months between April to September. Cockroaches are generally considered an indicator of uncleanliness and even though they love dirt and garbage as breeding and feeding grounds, encountering a cockroach in Japanese houses does not necessarily mean there is already an infestation or that the environment is unclean. Nonetheless it is better to get rid of them as fast as possible, because where there is one there will be more.

The famous myth of cockroaches being able to survive a nuclear fallout is not unjustified. They are breathtakingly resilient. Being able to survive for 9 days without a head, 40 minutes without air and several weeks without food, they breed hundreds of their kind within days and, in case of the japanese gokuburi, their ability to fly make them seem like a supernatural species of the bug world. So if one of these little creeps shows up, one should keep in mind that they can carry 33 types of bacteria, six kinds of parasites, and seven pathogens and take immediate action.

To get rid of them, throwing them out the window might not be the best solution. They enter houses for food waste and water and might enter again in no time. Squashing or burning them is a way to do it, but even though they don´t release their eggs when stepped on as many fear, they are very tough and might not be as dead as they seem.

When in doubt and to avoid infestation, residents should use special sprays and traps targeting cockroaches. Examples are the Gokijet and Raid Max spray, which kill the roach immediately and the Goki Barrier spray, which can be sprayed around the house to prevent them from entering.

Two alternative methods are Roach Motels, little boxes in which cockroaches get stuck on a poisonous glue and probably one of the most effective means, Roach Traps as Gokiburi Hoihoi and Combat Roach Station. These traps lure cockroaches to a poisoned bait, which is carried to the nests to start a chain reaction of extinction. They are preferable to loose poison bait around the home because the hidden bait inside the trap does not endanger children and animals. Nevertheless, anything poisonous poses a risk to humans and animals and should therefore be used responsibly at any time.

Probably the last weapon of choice before calling a professional is to use a bug bomb or varsan. It literally gasses the home but forces every resident to leave the rooms for 3 or 4 hours, just to ventilate and vacuum the home thoroughly afterwards.

Non-chemical solutions to prevent a cockroach infestation are the sealing of all possible cracks and slits inside and outside the house, keeping drains and outlets in bathtubs and basins shut, getting rid of plumbing leaks (cockroaches can only survive one or two weeks without water), storing trash outside or in sealed containers, washing dishes immediately and storing food in closed boxes or inside the fridge. Even though this may prevent cockroaches from ever entering the house, there is no foolproof solution and one might have to rely on pesticides in the end.

Besides cockroaches another silent and underrated creep and cause of infestation is the Japanese bedbug or tatami mite called dani. Even though they don´t pose a great risk to health and well-being, they love to bite humans on a nightly basis and are very hard to get rid of. Usually they can be found in cheap hostels or other places with changing residents like low-cost hotels or shared housings. They can travel and spread through luggage, clothes or rental bedding, so it is very easy to carry their eggs unknowingly from one place to the another. Their bites are very annoying and can cause allergic reactions. Usually bites and feces are also the only way to know they are even there.

To get rid of them, it is very important to wash and vacuum clean the futons and mattresses several times a week. Almost every Japanese balcony is used solely to hang out beddings and clothings to dry, but also to kill the mites. They can´t stand the heat and UV light on sunny days, so if in Japan do as the Japanese do.

To be on the safe side, the use of anti-dani spray and dust mite repellents is recommended. The spray is applied to the futons and bedding after getting up in the morning and must be vacuumed after a certain amount of time. The repellent uses a fragrance dust mites can´t stand and can be put under the bed or even the pillows. In rare, worst case scenarios they already have spread into colonies and must be treated by professional exterminators, but usually using spray and repellents in combination with regular cleansing, should rid every house of dani. 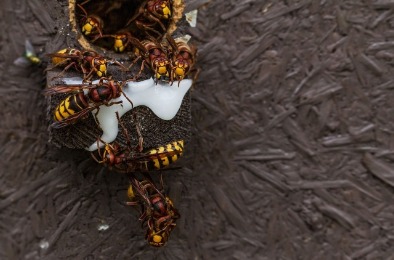 When living or visiting Japan it is also very likely to encounter the Japanese giant hornets called suzumebachi and they are dangerous. They build their nests mostly in mountainous regions, but have been spreading to the cities as well in recent years. In 2014 half the emergency calls to the Shibuya Ward Office Public Hygiene Division was in relation to hornets and wasps and the numbers are increasing. The sting of a suzumebachi can be very painful and even life threatening, so it is very important to not come close to their nests and be vigilant, when hiking. Hornet nests can be found on trees, under roofs and bridges, in attics as well as underground. They usually stay close to their nests, so one hornet usually means more. When a giant hornets nest is found inside or outside of a house, it is recommended to leave it alone and call a local division of the Japan Pest Control Association, because suzumebachi contrary to wasps and bees are very aggressive and their stings can be fatal. Your Ward Office can help guide you if you are unsure what kind of bee or wasp has built a nest in or around your home, and with the case of a suzumebachi nest, many cities will foot the cost of the extermination because it is a public safety hazzard. However, if the process of extermination results in some kind of property damage, repair costs has to be covered on your own or by your landlord. Their most active time is during the mating season from September to October, but they already wake from hibernation in February, so the best time to remove an empty hornets nest is during the cold winter months.

To prevent an attack by a giant hornet it is best to avoid dark clothing while hiking (they tend to attack dark, moving objects), wear long sleeves and trousers, do not run away and do not shove them away with your hands.

It is possible to use insecticides as the Suzumebachi Magunamu Jetto or Hachi Daun spray against single hornets, but as soon as a nest is located, professional help is recommended.

Some people say Japan's shinto-buddhist pantheon is so rich with gods, demons and spirits, because every summer nature just explodes with life and creatures in all shapes and sizes. So even if these little gods disguised as creepers and crawlers start coming into ones house to bug, one should uninvite them as respectfully as possible, because one thing is almost certain. They´ll be back next year.

- Dani Yoke (spray version or solid to put in rooms)

Growing up as an avid reader I started writing stories at an early age and never stopped. After spending a great deal of my life in Berlin, immersing myself in its lively, pulsing atmosphere, I moved to Japan in 2019 to experience new adventures and seek inspiration. When I don´t write short stories and novels, I work as a freelance journalist covering diverse topics. (Homepage: https://christiandamerow.wixsite.com/meinewebsite)