Gambling, Pachinko and the Impact of the COVID-19 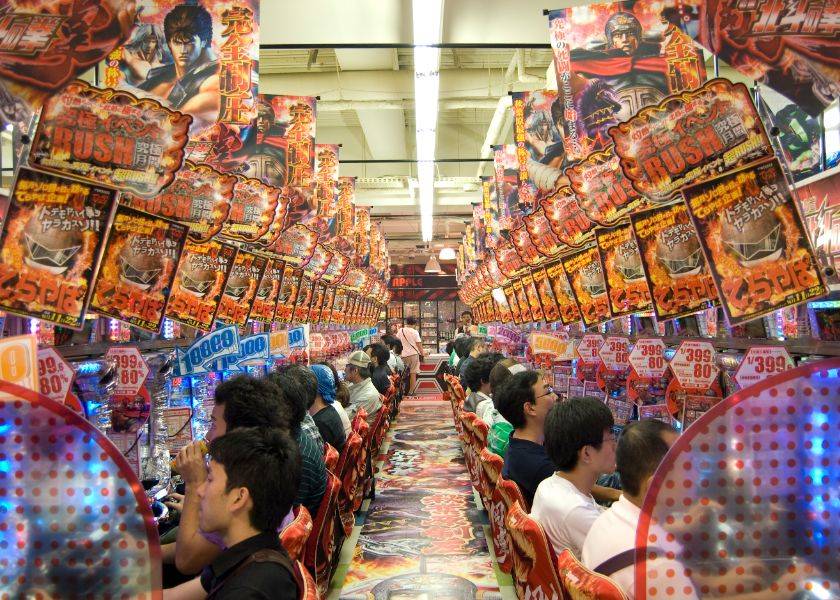 Pachinko is a game very similar to pinball, and it is a common sight in Japan. Walking in front of a pachinko parlor, the most noticeable thing is the deafening sounds resonating from the machines as its lights flash to accentuate the rapidity of the metal balls used to play the game. The game's popularity is not to be underestimated, according to Business Insider, one in 11 Japanese people play the game once a week, and the pachinko industry is said to make 30 times more money than casinos in Las Vegas. While the COVID-19 pandemic has obliged many to close temporarily to help curb the spread of the virus, pachinko parlors are nonetheless a regular part of life for many.

The historical origins of pachinko are debated, but it is generally believed to be a derivative of the “Corinth Game” and “Bagatelle” from Europe and the United States that were imported to Japan between 1912 and 1926. During World War II, specifically the Pacific War, pachinko machines were banned, and the metal used for the machines were used to compensate for the lack of metal.

After the war, Takeichi Masamura, known as the “god of pachinko”  invented the “Masamura Gauge”, which is the basis for modern day pachinko machines. It introduced a complex maze of pins that the ball had to navigate, adding a new level of surprise and uncertainty. This led to the first “Pachinko Boom” in the 1950’s, as the “renpatsu shiki” (successive shot) mechanism replaced the “tanpatsu-shiki” (single shot) mechanism. The former ejected balls automatically onto the playing board in a manner similar to today, making the game more fast paced. However, this new mechanism is also believed to have fostered the spirit of gambling. 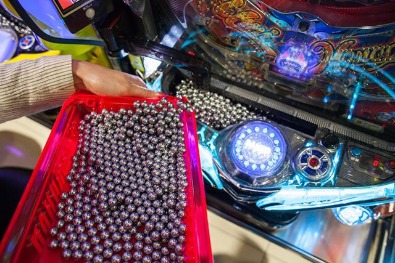 Pachinko is essentially a form of gambling. Rotating a knob on the bottom right side of the machine ejects metal balls onto the playing field. The goal is to aim the balls so that they land in the middle, and to obtain as many metal balls as possible. Once finished playing, the collected metal balls are taken to a reception counter where the player receives a prize. This prize can then be exchanged for money at a shop around the corner. The exchange shop then resells the prize back to the pachinko parlor. This so-called “three shop system” enables pachinko parlors to exist in a legal gray zone, as gambling is formally banned in Japan. Gambling addiction, however, is pervasive.

A 2017 survey by the Ministry of Health, Labor and Welfare found that 3.6% of Japanese adults (3.2 million people) have been addicted to the game at some point in their lives; the same survey has named pachinko as the most popular form of gambling.

In 2018, restrictions were placed on pachinko parlors as part of a 2016 policy that legalized casino’s despite widespread opposition. The aim of the rules is to tackle gambling addiction by reducing payouts, thereby slowing down the speed with which one wins or loses money. The logic behind the rules is that, for those who seek to engage in the dizzying rush of victory or defeat, such restrictions may make the game less attractive. More significant is the effect Japan’s shrinking population has had on the industry. Players grow older, and the younger generation is not as interested.  According to the National Police Agency’s statistics, the number of pachinko parlors have been decreasing since 2000, and the number of pachinko parlors has fallen to about 9600 from a previous 17,000 two decades ago. The current COVID19 pandemic has also forced many businesses to close down; pachinko parlors were no exception. 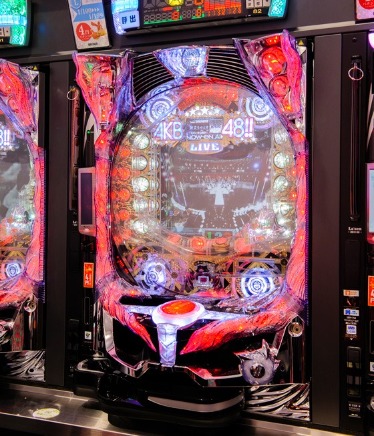 When the Japanese government declared a state of national emergency on April 7th, non-essential businesses, including pachinko parlors, were asked to close temporarily to help curb the spread of the novel coronavirus. While most pachinko parlors complied, some defied the request and remained open. Prefectural governments then had to resort to a “name and shame” tactic, as there were no legal measures that could be taken to forcibly mandate closure. Results were mixed. In Osaka, for example, publicly naming the parlors that refused to close had the opposite effect of attracting players from out of town. This in turn made local residents uneasy because of how contagious the coronavirus is. In Tokyo, the Tokyo Metropolitan Government clarified Gov. Yuriko Koike’s statement that all pachinko parlors in the area have closed – 600 were still thought to be under investigation. Reasons for refusing to comply were founded on the law of self-preservation. Although larger pachinko parlors could bounce back from the financial losses, the same cannot be said for smaller stores. With little support from the government, it is understandable that they prioritized their own livelihoods.

When Prime Minister Shinzo Abe lifted the state of emergency across 39 of the country’s 47 prefectures, before extending it nationwide on May 27th, he spoke of the strength of the “Japan model” in coping with the pandemic. Non-essential businesses, including pachinko parlors, have reopened as a result, but with a new spike in coronavirus cases prompting the use of the “Tokyo Alert” warning system, fears of an oncoming second wave remain.

The look and feel of a post-COVID-19 Japan may prove unsuitable for pachinko parlors, as players are required to sit close together in a windowless room. With many businesses introducing online services, pachinko parlors may also need to conceive of a way to adapt. This will prove difficult, as the machine provides the iconic imagery and foundation for the game. Although the disappearance of pachinko parlors seems unlikely, its future resembles the metal ball ricocheting off the various pins, destination unknown.