Everything You Need to Know About Kafunshō (Hay Fever) 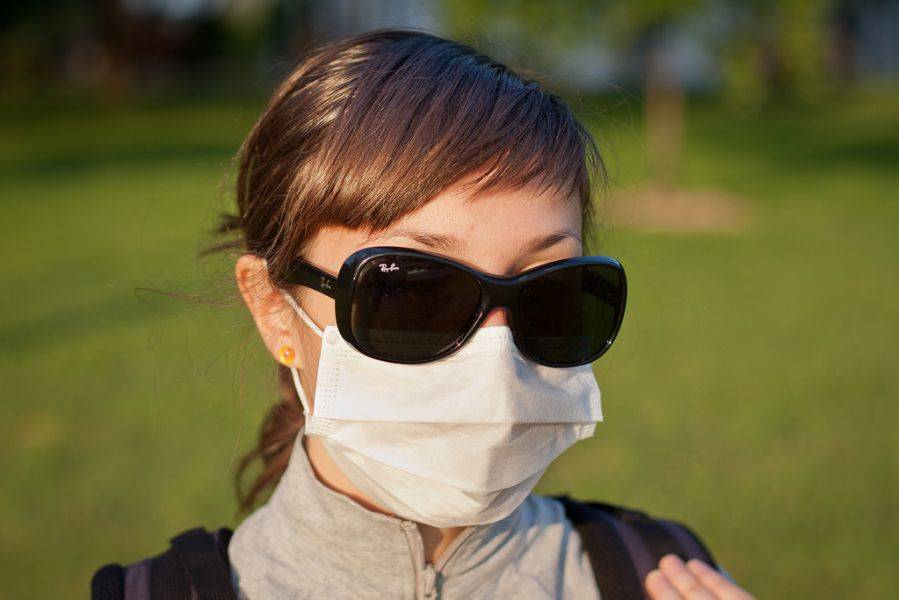 Every year before the beginning of the spring, kafun-shō (hay fever) descends upon Japan like an alien life force from a sci-fi movie. The news can’t stop talking about it, variety programs do hour longs specials about it, and large swaths of the country are debilitated by it.

Why is Kafunshō in Japan a Special Kind of Torture?

Prior to World War II Japan’s forests were scattered with an array of diverse tree species that included oak, maple, various broad leaf trees and evergreens, but in post WWII Japan, all policies were linked to potential economic gains for Japan Inc, even reforestation policies. In 1995, The New York Times wrote of this feat of environmental engineering where the diverse species of trees in Japan’s forests were replaced with cedar, cypress, and birch because those species were the most economically lucrative. Today, Japan has some of the world’s densest cedar forests which are objectively beautiful to look at, but hasn’t proven to have the economic benefits imagined. Cheap lumber imports from other parts of Asia stalled the logging industry in Japan, and single specie forests, threatened biodiversity, reduced the water table, that led to soil erosion and increased landslides. For all intents and purposes the project was a failure, and as an added bonus, intense amounts of pollen that these trees produce as seen in this video cause some of the worst allergy episodes ever recorded in history.

According to a 2017 government survey approximately half of Japan’s population suffers from some form of pollen allergy, even the number of children under the age of 14 suffering from hay fever has steadily increased from 2.5 % in the the 1980's to approximately 40% of kids today that present with some kinds of symptoms to this seasonal phenomenon. The epidemic is so widespread that the country braces itself in preparation for it in the same way they prepare for typhoon season. News outlets begin predicting the start, length, and intensity of the kafun-shō season from late January, and designated weather services track pollen levels in real time the same way as earthquakes, typhoons, and rain. The extent to which kafun-shō dominates the cultural conversation is epitomised by this silly and hilarious Buzzfeed Japan video that sets up a fantasy word where representatives of cedar, cypress and birch trees have a press conference and all the reporters questioning them are hay fever sufferers asking the trees to go easy on them this year, or just try and contain the pollen to the forests to which the trees are apologetic but rightfully say, its out of our hands, we can't control the wind.

Is Anything Being Done About the Problem?

Yes. Kinda. In recent years efforts have been made to replace the current forests with lower or no pollen trees but some predictions estimate that it will take 700 years to complete the task because removing too many trees at once can cause massive landslides with devastating effects. Other strategies include infecting cedar trees with a fungus that limits their flower production. While this is able to reduce pollen production in cedar by about 80% it has to be redone yearly because the fungus doesn't last from year to year. However, companies are still trying to figure out a way to utilise the fungus to clamp down on the amount of pollen released every year.

What to do if You Suffer from Kafun-shō?

The obvious answer is, take medicine. Yes of course, antihistamines are the go to solution and the market is flooded with over the counter drugs to curb the runny nose and itchy eyes. However there is more one can do. In true Japanese fashion, deep research is done into the hows and the whys so that people's lives can be a little bit more bearable, and every year the recommendations become a little bit more refined. This year, the television program 世界一受けたい授業 (Sekai ichi uketai jyugyo - The World's Most Interesting Class) did an entire episode on how to manage kafun-shō. And here are their recommendations: 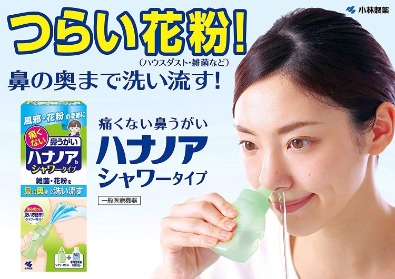 1. Rise out your nose with a warm saline solution in Japanese known as 鼻うがい, (hana ugai) like ハナノア and in other circles known as using a Neti Pot. This seems to clear out some of the pollen and easy the runny nose

2. Avoid eating tomatoes. Apparently tomatoes have similar properties to the allergens in pollen, and thus can further agitate the situation. 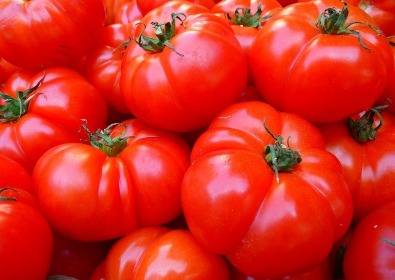 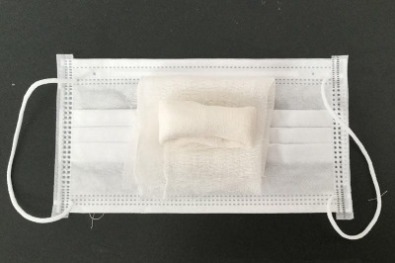 3. Make an "inner mask" as shown on the left to wear underneath the regular mask, it is said to cut out almost 100% of pollen. An inner mask is an additional layer of cotton and gauze (that should be replaced once or twice a day) that is placed beneath the nose to block pollen from seeping in from the sides of the masks. While it may take some getting used to, the relief is worth it.
4. Kafun-shō yoga pose, as shown in this video. Fold the arms together at the elbow, then place the thumb of the hand closest to your face right under your chin. Use the force of your thumb to extend your head and neck backwards and feel the around the shoulder blade and upper back. The stretching of the upper body, stimulates the nervous system and helps to relax the swelling in and around the nose. 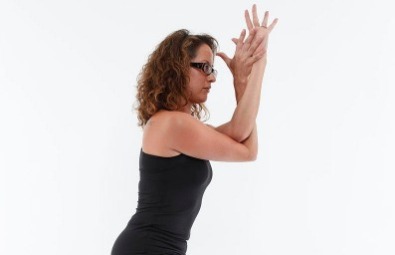 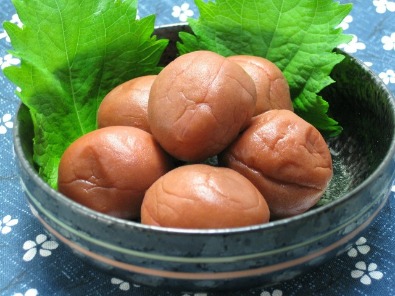 5. Eat fermented foods like umeboshi (pickled plums) and kimchi, the probiotics are said to help with allergy symptoms

Aside from the advise from The World's Most Interesting Class, the foreign blogosphere seems to keep recommending foreign antihistamines like Allegra and Claritin, but Japan has a home grown herbal remedy that many people swear by called Tauromin with a score of 4.47 out of 5 on Rakuten based of over 10,000 reviews which may be much better suited to battle the Japanese cedar and cypress attack. Some people claim it can cause some drowsiness so always check how your body reacts to different medications.

And of course, there is also the option of the E.N.T. which is flooded with patients at this time of year. But if symptoms are really bad, it is always recommended to see the doctor. 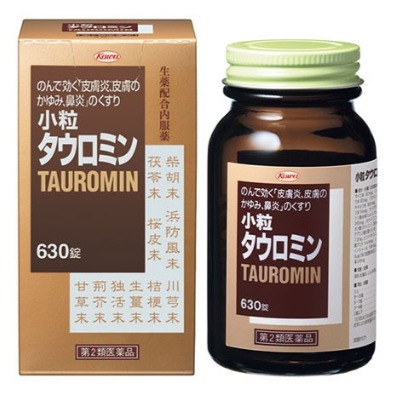