Japan: The more I learn about it, the less I know about it

It is okay, science knows why! 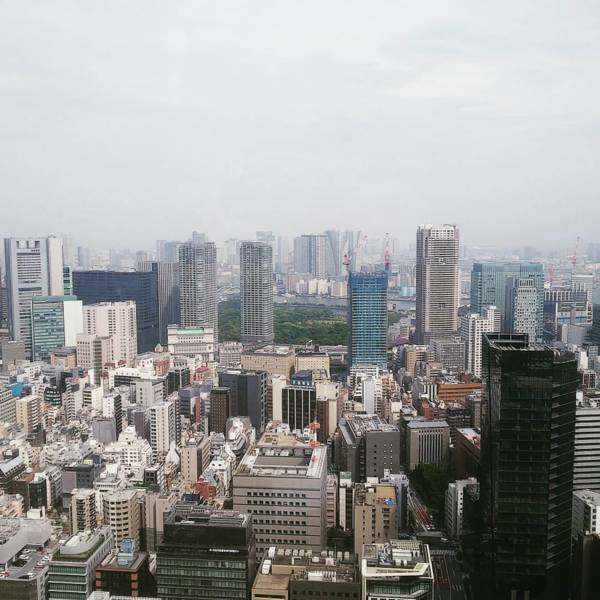 Last weekend, I was looking for some photo tips for a hiking trip when I found this video: Why Bad Photographers Think They’re Good... and it made me think of a parallel situation with living in Japan, the culture and language.

The video explains the Dunning-Kruger effect : a cognitive bias identified by David Dunning and Justin Kruger in 1999 in their study called "Unskilled and Unaware of It: How Difficulties in Recognizing One's Own Incompetence Lead to Inflated Self-Assessments". They demonstrated that unskilled people will overestimate their knowledge or abilities on a specific subject, and, on the contrary, skilled people will underestimate themselves and think that if the task is easy for them, anyone could do it too. This pendant is called the Impostor Syndrome. This can be resumed easily by a curve: 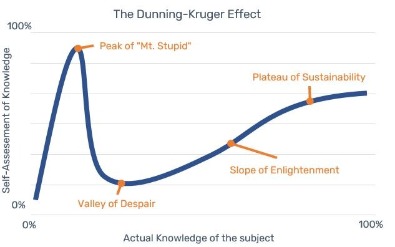 Not seeing the relation with learning Japanese or living in Japan yet? Well, we all have met this guy at parties who has been once or twice in Japan, know some words and had seen some anime, read some manga, and who has die-hard positions about nearly everything related to Japan. He will talk to you in lengths about how Tokyo is a city that never sleeps and how the Japanese master the harmony between tradition and modernity. Bonus point if he corrects your pronunciation of some anime characters! Lucky you if you have not met him yet...

Actually, I used to be one of them. After graduating in Japanese studies and two internship in Tokyo, I have been designated as the ultimate reference about Japan in my circle of friends. While it was hard to escape the label, I was also pretty convinced that I knew everything I needed to know about Japan.

Yet, the years has gone by and I settled in Tokyo, deepening my knowledge of the language, working and evolving in a 99.9% Japanese environment and here I am: most of the pre-conceived ideas I had about Japanese culture vanished. The positions I used to keep? Gone with the wind.

How relieved I am now that I know that the phenomenon is completely scientific and even has a name! Even if it has been proven scientifically only recently, the concept is not brand new. "Those who think they know never learn" was written in Lao Zi's Tao Te Ching on the 6th century BC, and close enough, Socrates had is own "All I know is I know nothing". These teachings, passed through the time, help us to motivate ourselves to get better at what we do.

Do you remember when kanji seemed so easy with 木 (ki, tree),  林 (hayashi, woods), 森 (mori, forest) and so suddenly, it became an horrendous mess? It is because you had overcome the Mt Stupidity, and going your way toward success. Congratulations! Don't be discouraged and keep up the good work! 頑張ってください！