Discrimination and Stigma in Japanese Society: The Case of COVID-19

Actor, television personality, and COVID-19 survivor Ishida Junichi spoke openly  to the Japanese press about the realities of life after recovering from the coronavirus. His health had recovered but now he faced an even bigger hurdle of social stigma. After three months or hiding from the outside world he was still met with aggression and discrimination at work and in his celebrity social circle. “It's sad that Japan has become this way,” he recounted, “if people had correct information they might not think this way, but I understand that people are afraid.” In the spirit of “doing the right thing” he agreed to continue staying at home. A fan reached out to him in solidarity saying, “I’m not as afraid of the virus as I am of the reactions of people I work with once I recover. Even though I haven’t done anything wrong it seems like I would have to bow my head in shame.”

Japan boasts to the outside world about being a homogeneous population with a strong sense of solidarity and collectivism. And yet, even the most privileged members of society like celebrities can suddenly be treated like second class citizens because of COVID-19.

These three phases happened almost simultaneously during the initial spread of COVID-19. People who were tested positive for the virus, or who had contact with infected persons were subject to immediate discrimination from their communities. Educational institutions and companies directly or indirectly related to infected individuals also suffered from vicious rumors. In April, students and staff at Koriyama Women's University and College in Fukushima Prefecture were ridiculed and taunted after it was announced that a female faculty member tested positive for the virus and Kyoto Sangyo University received arson threats after some students were found to be infected with the disease after a graduation party.

In Mie Prefecture, people damaged a patient’s house by throwing stones, another patient in Iwate Prefecture passed away due to the complications from the coronavirus during self-quarantine because his future neighbors prevented him from entering a retirement home and the local government refused to approve of his registration for the home.

Other stories emerged of superiors within companies spraying their subordinates with sanitizer or reprimanding employees for not shunning colleagues that commuted daily  from big cities like Tokyo and Osaka to more rural areas where the disease was less prevalent.

Unlike medical workers in Europe who got citywide ovations, medical workers in Japan did not get the same kind of unwavering support from their communities.  Beginning with medical workers and staff at a Kanagawa Prefecture hospital that treated patients from the Diamond Princess cruise ship were harassed and discriminated against according to a survey conducted by hospital management. 30% of the hospital staff encoutered some kind of discrimination because they came in contact with COVID-19 patients, others said their kids had been bullied at school.

Children of medical workers became collateral damage as kindergartens, elementary schools forced some of these children out while others were barred from entering playgrounds. A nurse’s daughter, who is in elementary school, was taunted by her classmates as “corona-chan” due to her mother’s work.

Instead of first responders being treated like heroes, their service to society sadly turned them into social pirahas. And those who contract the disease get treated like criminals, because despite the facade of collectivism, the strong sense of jikosekinin, (自己責任) responsibility for one’s own actions, prevails without nuance.

The knee-jerk reaction within Japanese society to condemn the individual for situations beyond their control has been a recurrence through history. According to Naoki Sato, a specialist in criminology and Japanese culture at the Kyushu Institute of Technology, the negative reactions towards individuals associated with the coronavirus comes from the deep-seated notion of shunning things considered “impure”. When the guise of harmony and homogeneity is pierced, fear of the unknown manifests as avoidance, scrutiny, and scorn.

The leprosy prevention law passed in 1953 forcibly quarantined patients of the disease in sanitariums with inhumane conditions in isolated places with no contact with normal society. Even after treatment was discovered and applied in the late 1950s, the segregation policy was not repealed until 1996, which left former patients and their families subject to harsh stigma and discrimination for decades.

Yoshiko Tomida a hibakusha, (被曝者), nuclear bomb survivor, recounts her experience to the Asahi Shinbun of being shunned and rejected by society as a child after escaping from Nagasaki with her mother and siblings after the nuclear bomb explosion. People in 1945 were afraid of the unknown and she was surprised and saddened that that attitude hadn’t changed in 75 years. Evacuees from Fukushima after the earthquake and tsunami in 2011 were treated with the same disdain and rejection as she experienced at the age of six, and that people associated with the coronavirus are facing today.  “As long as I’m okay, as long as people around me are okay, as long as my country is okay…. This attitude is a slippery slope and war is at the far end of these trends. We cannot forget to have compassion for others ,” she warned.

The pureness legacy can be traced back to feudal times in Japan when those working in “dirty” industries like leather tanning and butchery were considered social outcasts. Perhaps because of the overt appearance of hegemony within Japanese society, abnormality is less tolerated. Those who are associated with things impure like disease or radiation are viewed as tainting the collective “cleanliness” of the rest of society. 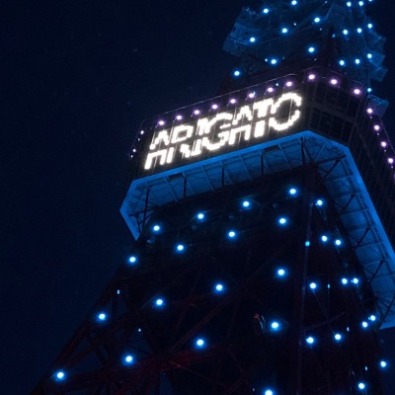 Tokyo Governor Yuriko Koike publicly stated, "from a human rights perspective, [such treatment] is extremely shameful." Prime Minister Shinzo Abe criticized the behavior by stating that the risk of catching the diseases is possible for everyone, hence the discrimination is “shameful behavior”. The Ministry of Justice as well as many  cities have put up statements on their websites condemning corona sabetsu (コロナ差別), coronavirus discrimination, in addition to setting up support hotlines for those affected by corona sabetsu. Schools have also started including lessons on corona discrimination into their fall curriculum to help prevent corona related bullying in schools.

Governments with the help of non-profit organizations set up donation funds for medical workers while cities organized “appreciation fireworks” or lighting buildings and trees with blue lights as a show of support for first responders. While these effort are commemorable and surely the sense of solidarity is well received by those on the front lines, but symbolic gestures are just a bandaid over the wounds of individuals that face discrimination on a daily basis. Uncertainty about the reaction one’s surrounding because of the disease leads to reluctance in seeking treatment or not disclosing disease related information to one's surroundings for fear of backlash.  Token acts of appreciation do not erase social stigma, and as long as these attitudes persist, it gives no incentive for infected people to be honest about the disease.

The coronavirus outbreak in 2020 has once again proven that just like in 1945, 1953,  and 2011, how things look are more important than the facts of the situation. Even though people in positions of authority keep saying “anyone can get the virus,” or “the virus is to be feared not the people” deep rooted fears of the abnormal haven’t changed. Still in Japan, association with the coronavirus, can affect your livelihood, and your social interactions in a profound way.